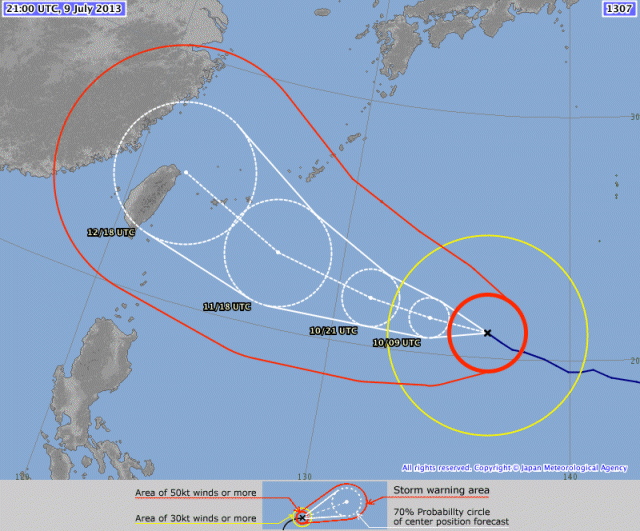 Typhoon SOULIK/07W has extremely increased its strength during the night and is now a Typhoon Cat. 4. The typhoon’s eye is now permanently visible and is very large. The forecast track has not changed.

There is no change in forward movement direction. For instance only the extreem northern islands of the Batanes group will get some stiff winds. The rest of the Philippines will not be touched.

For animated satellite pictures please see our new, not yet official weather page