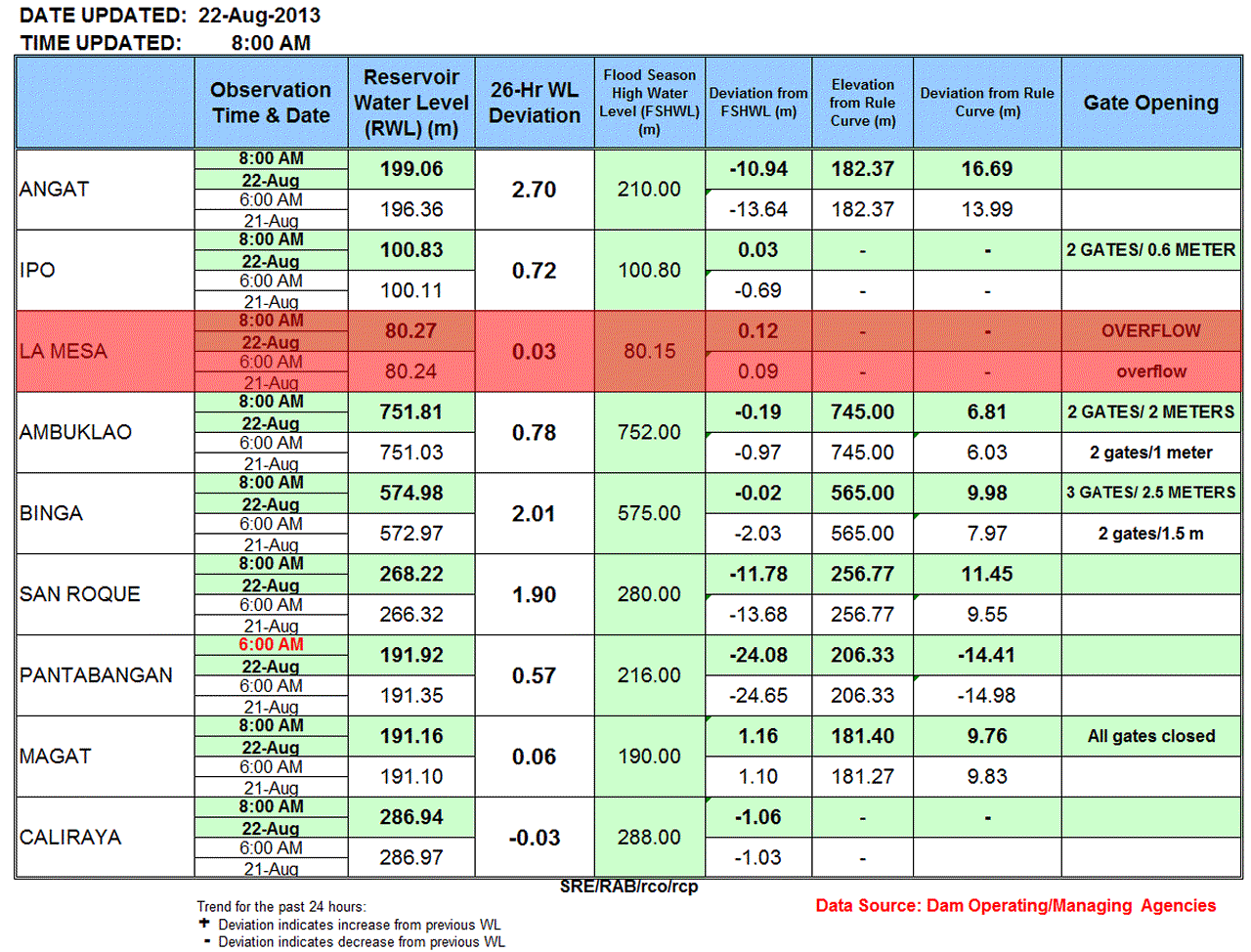 Typhoon TRAMI / Maring made landfall last night in Fujian Province. It will continue to enhance Habagat during 1 or 2 days. La Mesa Dam in Quezon City is still overflowing. 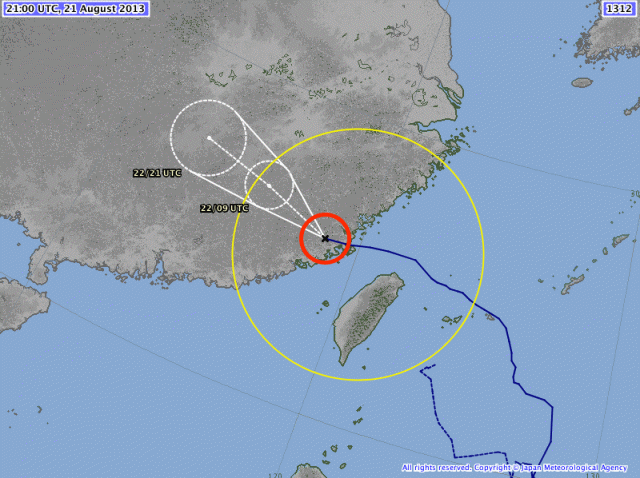 Water levels in 8 of 9 dams in Luzon are still climbing. Overflow margins are getting very small. Ipo dam is 3 centimeters above overflow level, La Mesa is still overflowing with a level of 12 cm, Binga dam is 2 centimeters below overflow level. 3 dams have gates open. 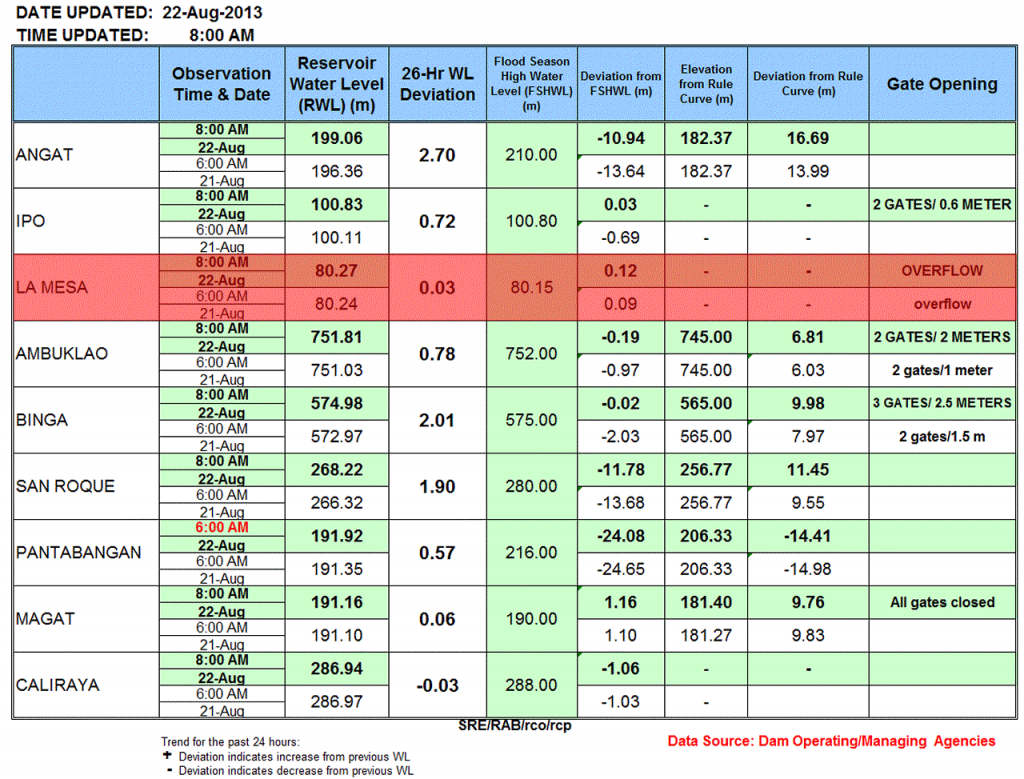 Newspapers report disease outbreak in some barangays in Metro Manila.  Radio “dzBB” reported that  many evacuees, most of them children, were suffering from colds, fever and loose bowel movement. The report said at least 111 evacuees at an evacuation center for residents of Baseco compound had fallen ill, most of them children aged 15 and below.
Some 464 families or 2,113 people are staying at the four-story evacuation facility as of Thursday morning.

Thousands of doxycycline capsules against leptospirosis were deployed to evacuation centers, so people exposed to bacteria-infested flood waters may get protection from the disease.

According to the World Health Organization (WHO), Leptospirosis is a bacterial disease that affects both humans and animals. Humans become infected through direct contact with the urine of infected animals or with a urine-contaminated environment. Leptospira bacteria may enter the body through cuts or abrasions on the skin, or through the mucous membranes of the mouth, nose and eyes. Person-to-person transmission is rare. In the early stages of the disease, symptoms include high fever, severe headache, muscle pain, chills, redness of the eyes, abdominal pain, jaundice, haemorrhages in the skin and mucous membranes, vomiting, diarrhea, and rash.