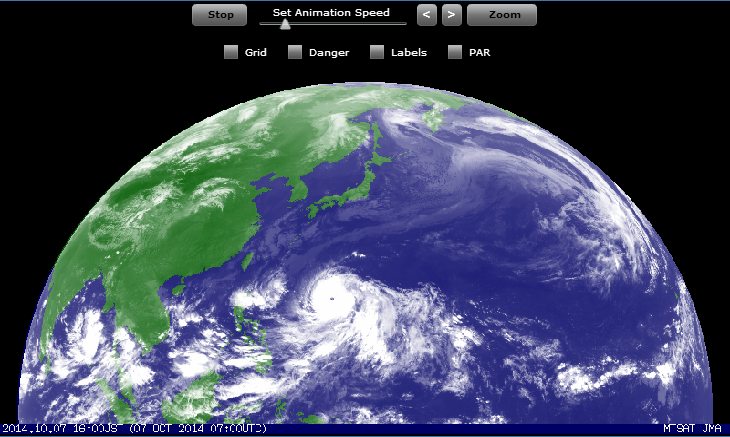 This morning Typhoon VONGFONG entered PAR (Philippines Area of Responsibility). PAGASA attributed the local name of “Ompong”. This typhoon should not touch the Philippine islands, but will strongly influence local weather. 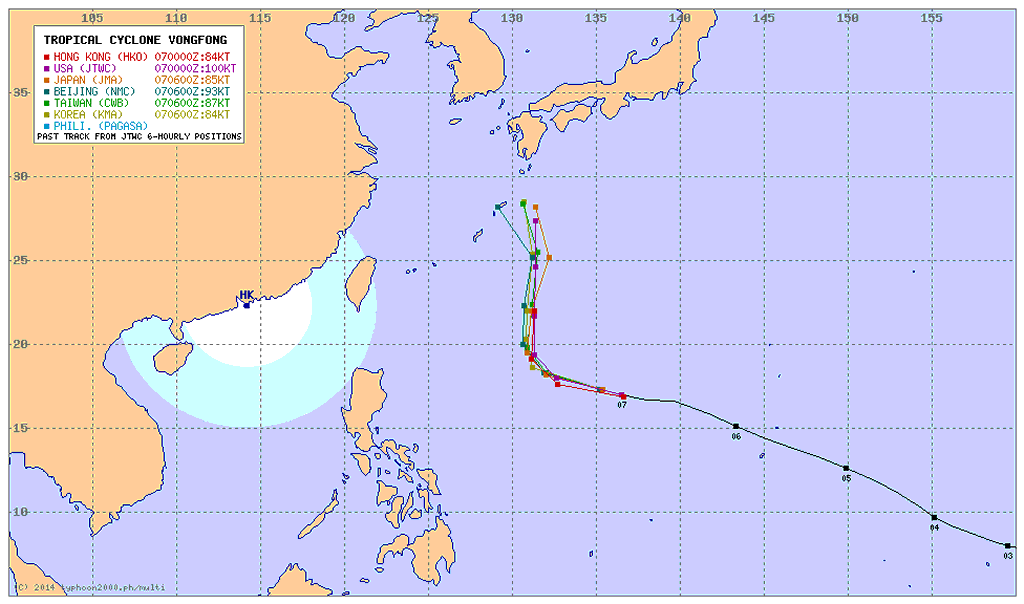 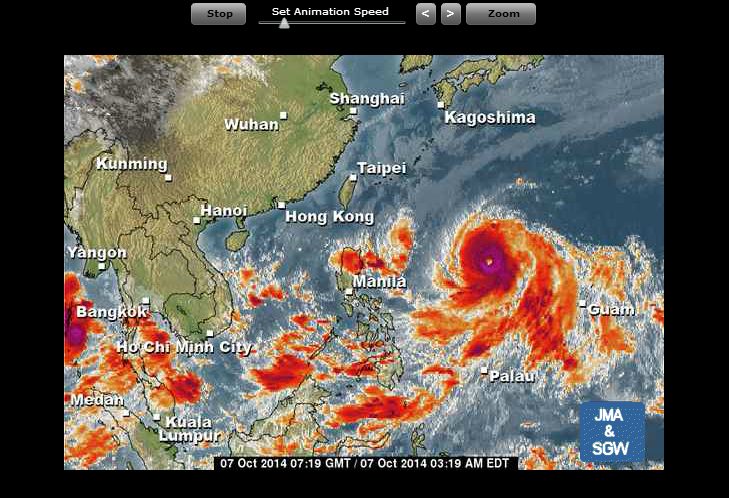 In both 24 hour satellite loops the developing eye is well visible. The typhoon’s suction is also visible. The clouds are quickly drifting in from west. Meanwhile the southwest monsoon called Habagat has stalled. Preliminary streams of cooler air are flowing in from mainland China. This air stream announces the change to the Amihan season.