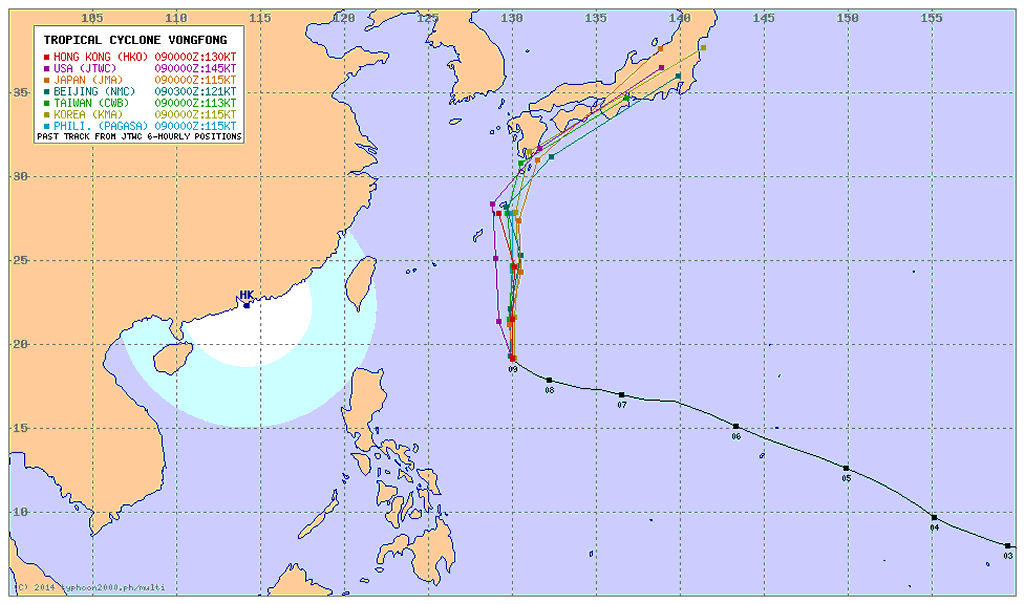 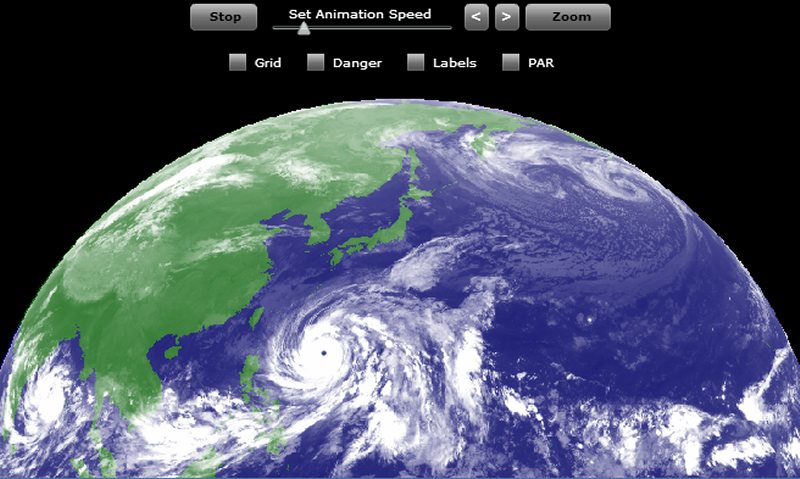 Also well visible on this satellite picture are the clouds over the southern Visayas and Mindanao.  The suction of Typhoon VONGFONG / Ompong is very strong. 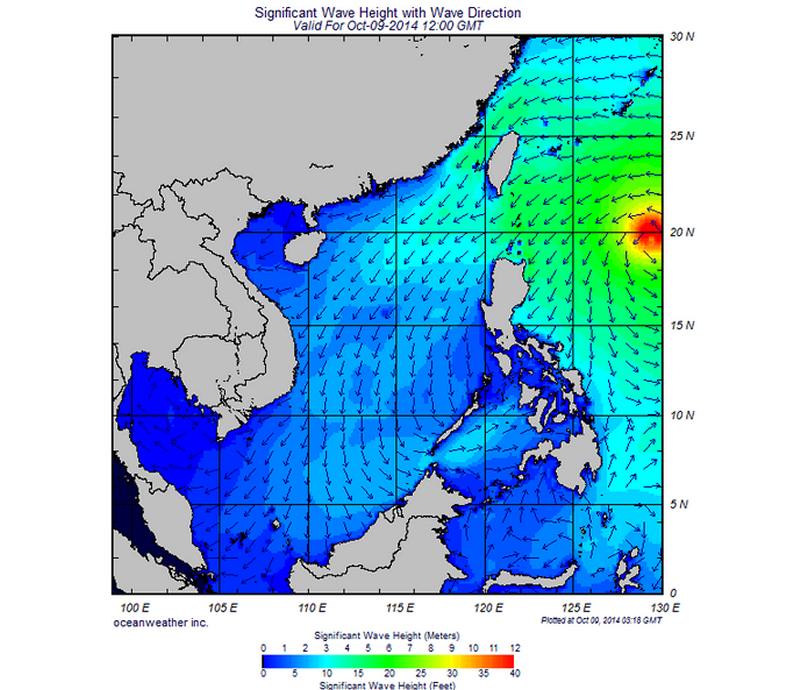 Even inter-island ferries between the islands in the Visayas and from/to Mindanao have been cancelled this morning. Many passengers are stranded in ports.

All agency forecast a northern track that will turn towards Japan in about 36 hours. While he forecasts are nearly uniform, observation of the typhoon’s eye shows rather erratic movements. The 24 hours satellite loops are here.