Do you VAPE? US-DOT to ban E-cigarettes!

VAPE? Never heard? So did I, until we got an inquiry from a reader of “Silent Gardens” two days ago. Vape means: To inhale vapour from E-cigarettes.

3 weeks ago my daughter Diane came for a visit to our little island. After lunch she took an engine out of her handbag, sucked on it and produced white clouds. Until this moment I knew e-cigarettes in the shape of a ball-pen but not as such a big engine. 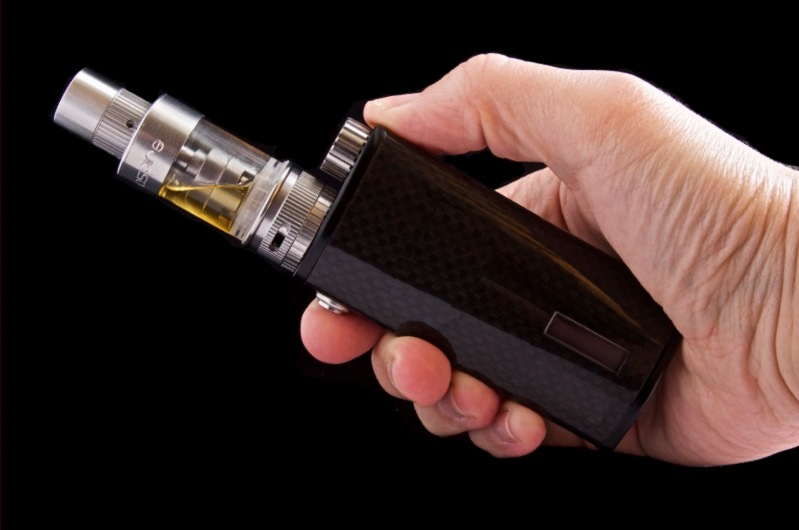 The US Transportation Department is to permanently ban passengers and crew members from carrying e-cigarettes in checked baggage or charging the devices on board aircraft.

US Transportation Secretary cited a number of recent incidents that show the devices can catch fire during transport. Passengers may continue to carry e-cigarettes for personal use in carry-on baggage or on their person, but may not use them on flights.

Fire hazards in flight are particularly dangerous. Banning e-cigarettes from checked bags is a prudent and important safety measure.

The rule covers battery-powered portable electronic smoking devices including e-cigarettes, e-cigars and e-pipes, but does not prohibit passengers from transporting other devices containing batteries for personal use such as laptop computers or cell phones. The rule makes a temporary ban instituted in November permanent.

In August 2014, an e-cigarette in a passenger’s checked bag in the cargo hold of an aircraft caused a fire forcing an evacuation of the plane at Boston’s Logan Airport. In January 2015, a checked bag that arrived late and missed its connecting flight was found to be on fire in a baggage area at Los Angeles Airport. The incident was blamed on an overheated e-cigarette inside the bag.

The government said the danger has been worsened by the growing trend of users modifying and rebuilding their reusable e-cigarette devices and swapping components, which may include the use of batteries, heating elements, and electronic components.

The original article is here: AIRWISE

The original inquiry we got from our reader:

VAPE with e-juice, batteries, wires and tools ??? Holly cow. A cigarette smoker has a pack of cigs and matches with him. An e-smoker carries a whole arsenal with him/her. We did do a bit research and found this: 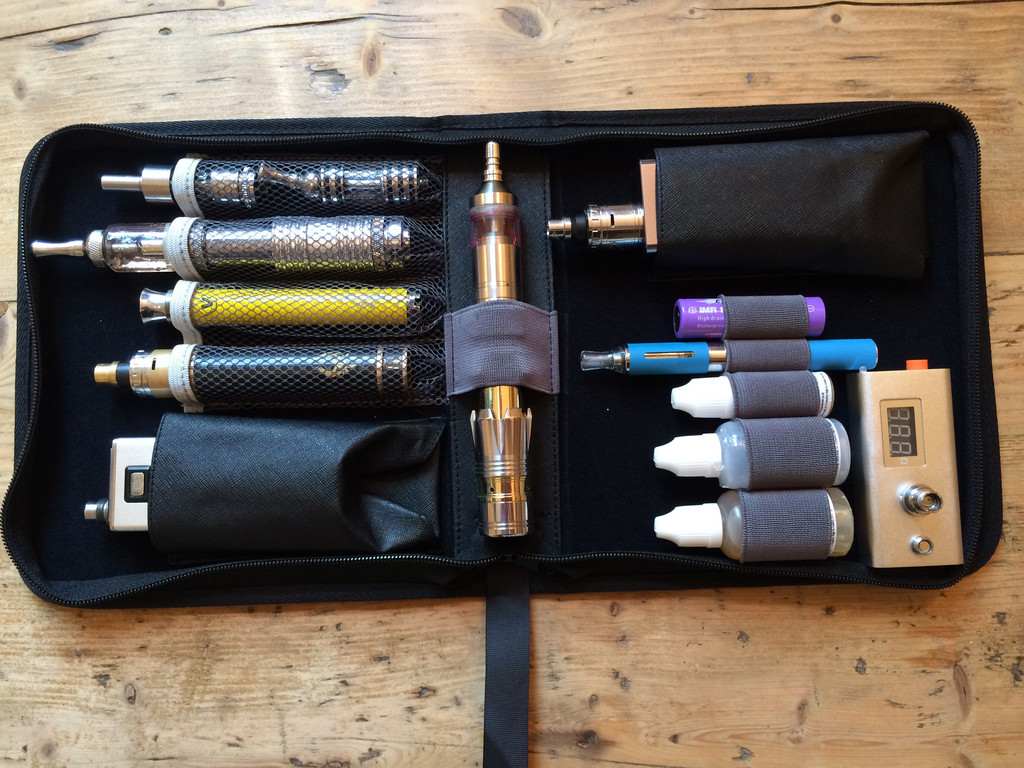 We can understand that Air Safety guards get nervous, when you carry such a tool-set with you. And we still found much worse on sale on the Internet …

In such a VAPE case, all sirens go off and a S.W.A.T. knocks you down.

Be reasonable and plan your VAPE trip. We recommend:

Many countries, e.g. Switzerland, do not allow nicotine loaded e-juice. Here is an interesting article with a list of countries. Canada doesn’t allow import of any e-juice. Have you already made your experiences in the Philippines? If yes, please tell us. Diane had no problems with Philippine customs and had enough e-juice with her for almost 3 weeks.