Wonderful summer weather in the Philippines 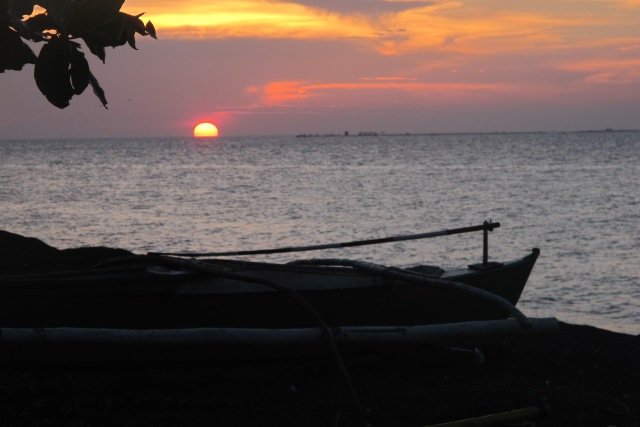 For now almost two weeks we experience wonderful summer weather in the Philippines. Sometimes locally generated cumulus clouds bring short thunder storms or rain either in the evening or early in the morning. Usually these local disturbances last only 15 minutes. Afterwards the sun is back again.

This had been the sunset on Saturday, April 26, 2014. Nearly every evening we go swimming at sunset time. We share our sandy beach with fishermen and the Camiguin Action Geckos. The clouds on the horizon had built up over Siquijor and extreme western Negros. 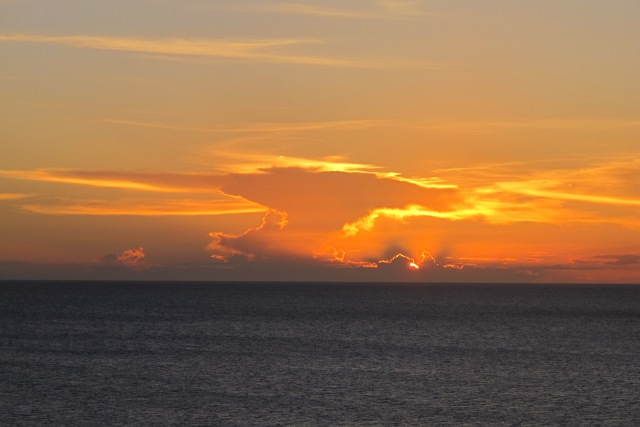 Another fine spot in Camiguin to watch sunsets and to chill-out is the Casa Roca in Naasag. This photo had been taken yesterday, Sunday, April 27, 2014. On the sea front daily temperature climbs up to 32°C (90°F) in the night it gets 2 degrees less. Hot nights in Camiguin – hehe.

There is a developing low east of Guam. This Tropical Depression will not affect the Philippines because it is already moving north to north-east. 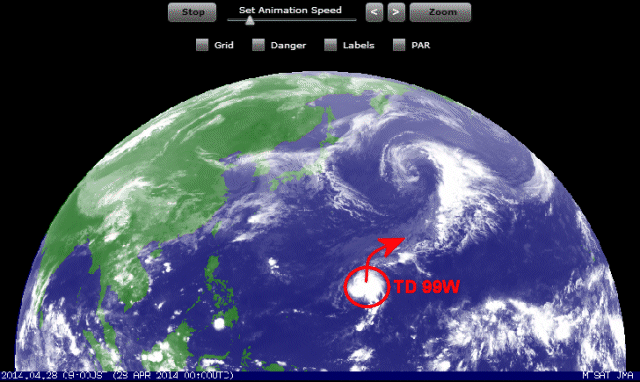 The movement of this low pressure system is well visible in our 24 hours satellite loops.