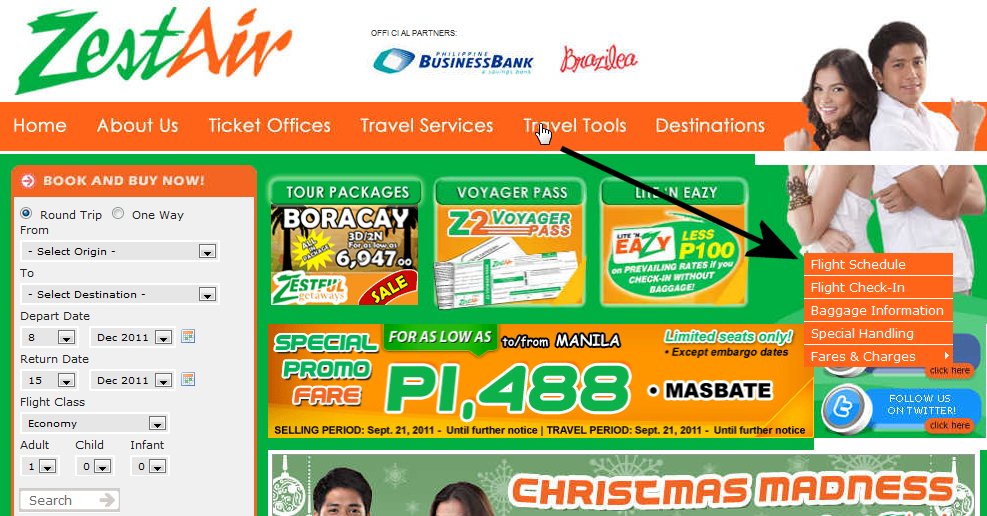 Last night we got an inquiry from a very scared ZestAir customer:

I booked on-line 4 flights with ZestAir. I could download the e-ticket, but it shows “CONFIRM” in the status. Do I have to confirm?

We did not know. Usually the status says either CONFIRMED or OK, but CONFIRM ???
So we went to the ZestAir website to see if we can query the reservation status. 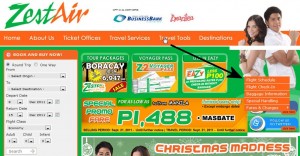 Here you see the menu with the selected item (hand). The arrow shows the pull-down items. You never can reach them. When you move the mouse over, then the menu disappears.