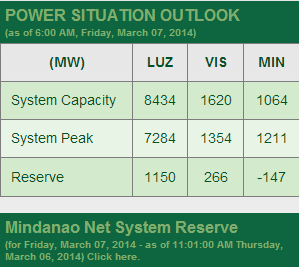 Today Mindanao is lacking only 147 Megawatt of electrical Power.

If words could be transformed in to electricity – the Philippines would be the biggest exporter in the world.

GMA News reports: Malacañang on Thursday defended itself against criticism that it has done nothing to address the power problem in Mindanao … The Palace official said the DOE is on top of the situation but said the power shortage is “a systemic problem that requires a systemic solution to be provided by all of the stakeholders.”

[Editor’s comment:] I’d rather say that the problem is epidemic! Epidemic meaning: affecting or tending to affect a disproportionately large number of individuals within a population. In the case of Mindanao this means about 20 million people.

The Inquirer writes: Mindanao’s power woes will not be over anytime soon as full power capacity in the island will come into operation only in 2015 and 2016 … The new power projects include the 200 MW coal-fired plant of the Alsons’ Group and the 300 MW Aboitiz owned coal-fired plant, which will both come online by 2015.  Another 400 MW coal-fired plant owned by Filinvest will become operational in 2016.  With 500 MW in 2015 and 400 MW in 2016, there will be an additional 900 MW to address the current power supply requirement, which is around 1,200 MW.

[Editor’s comment:] I read 3 times coal-fired! Do they have a brain between their ears? Coal-fired means: Mining, Transportation, Smoke and Gas! Or in one other word: POLLUTION.

A normal Pinoy family living in the countryside needs about 22 kWh per month or 730 Wh per day. During a normally sunny day with 1/8 of cloud cover a 100 Watt solar panel can generate about 1000 W. Supposed that the family needs power from 6 p.m. to 10 p.m., they have enough energy for light and even watching TV.

The individual costs of such an installation are about PHP 16,000. If the government imports or even locally produces solar panels and batteries, then these costs can go down to about 10 to 12 thousand pesos.

And there is no heavy investment in centralized power-plants, no transmission lines, no administration overhead. There is simply sunshine and power. About 2/3 (two thirds) of today’s electricity bills go to transmission, system loss and some 20 other fancy add-ons.

The answer to the initial question is simple: Alsons, Aboitiz, Filinvest and others do not want to give up their monopoly.

This article had been written on a laptop connected to a solar panel and transmitted by a pocket WiFi also powered by the same solar panel. 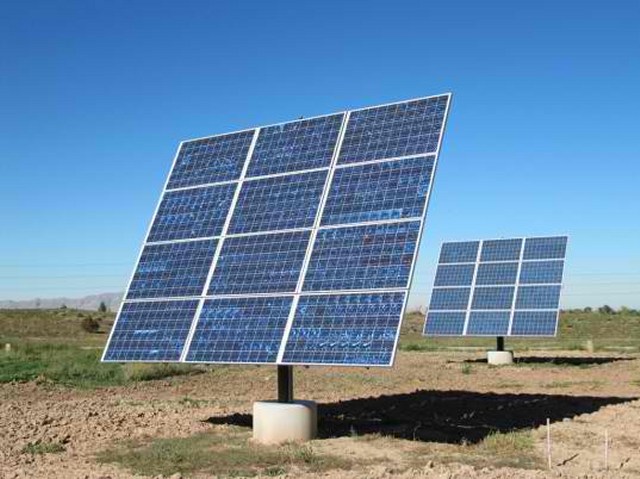 This installation produces enough power for 24 families – a whole bario.