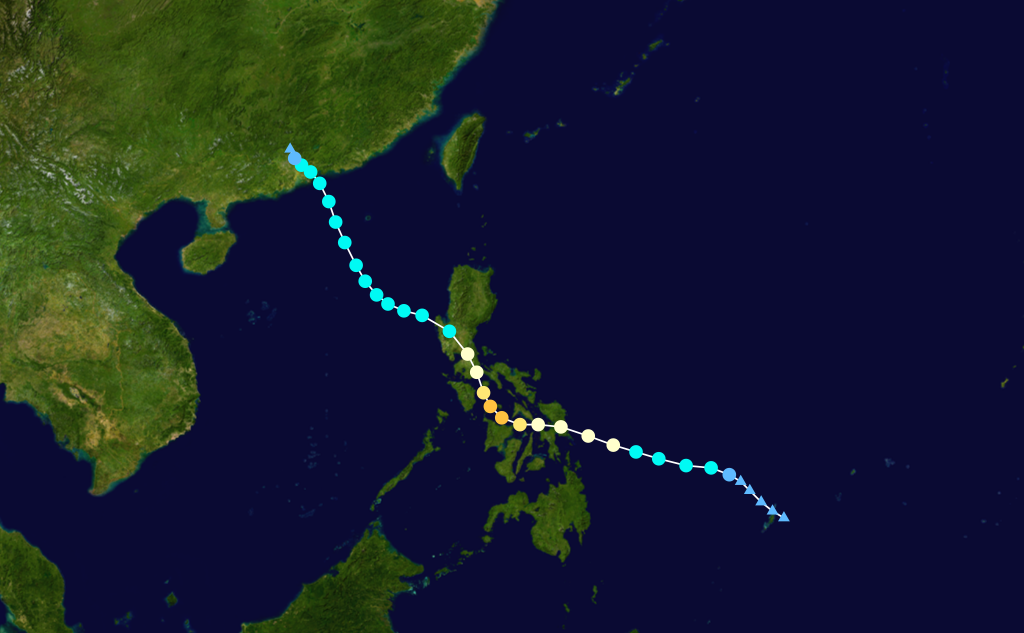 Most of the people living in the Visayas remember Typhoon Frank / Fengshen in June 2008. The central Visayas, especially Panay, got heavily touched by this Category 3 typhoon. See the track below and read here 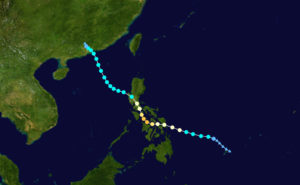 But the outer rainbands of  Frank / Fengshen brought heavy rains to Mindanao. These heavy rains destroyed what had been left of the vegetation. High water levels in the rivers and landslides changed the landscape.

They also destroyed what had been left of the vegetation that covered what people in Alamada, North Cotabato now call Asik-Asik Falls, it also unlocked scenery that is as pretty as it is mysterious.

The waterfalls, whose name meant sprinkle in Hiligaynon, are as much a beauty to behold as they are a puzzle to residents who wonder what body of water feeds the waterfalls as the nearest one to it, Lake Baranibud, is tens of kilometers away in the boundary of North Cotabato and Lanao del Sur. 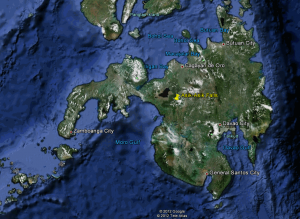 The mayor of Alamada town said Asik-Asik first tried to emerge from its shell through a forest fire that gutted much of the vegetation that covered the waterfalls.
It was followed by a landslide that carved out an ugly crater on the side of the cliff, the mayor said.
Then Typhoon Frank / Fengshen  came and a large portion of the cliff gave way and a large volume of water suddenly burst from cracks. Water bursts from the biggest crack from a height of about 100 meters.

The cracks took the place of huge trees, including a Balete, that were uprooted at the height of Typhoon Frank / Fengshen , which had been rated as one of the 10 deadliest storms to hit the country.

But while officials may know how nature unveiled Asik-Asik, they are at a loss over where the water comes from.
No river runs above the waterfalls. The area is mostly upland farms that are dry.
There is nothing that could indicate the origin of the water.

The mystery of the waterfalls became opportunity for Alamada, however. During the last Holy Week, the town opened the site to the public and soon, thousands of visitors had come and have been coming to admire Asik-Asik’s beauty. 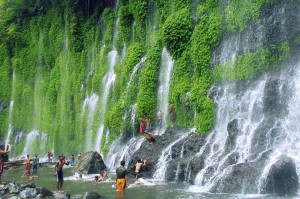