Heavy Thunderstorms because of ITCZ

The Inner Tropical Convergence Zone (ITCZ) is moving north. This brings heavy thunderstorms and even hail-storms to the southern Visayas.

The majority of thunderstorms on Earth occur within the tropical regions between ±30° latitude of the equator (~50% of the surface area of the globe). This is due to the maximum solar heating in the tropics, and the atmospheric general circulation patterns between the tropics and the subtropics (Hadley Circulation). Along the thermal equator, which migrates with the seasons, air masses from the northern and southern hemispheres converge along the intertropical convergence zone (ITCZ). This is the latitudinal position of the majority of the globe’s rainfall and thunderstorm activity. 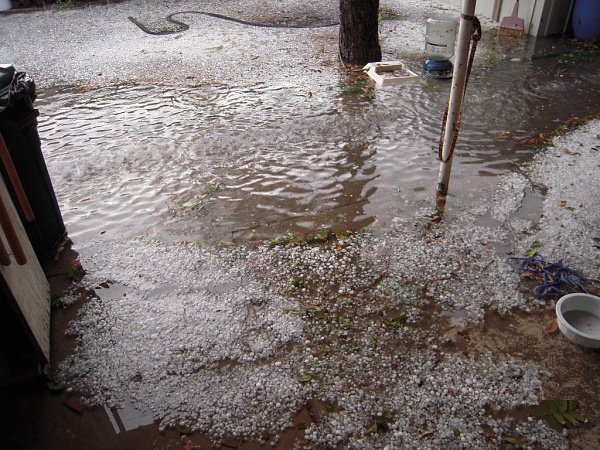 The wind and hail lasted for 10 to 20 minutes. When it was over, 10 houses were destroyed while 170 others were damaged in Barangay Lamac, Pinamungahan town, 64.8 kilometer southwest of Cebu City.

Suddenly, people heard objects falling on the roofs of their houses. They were no ordinary objects, but balls of ice the size of marbles that people in Barangay Lamac  hadn’t seen falling from the sky before.

This is a very unusual event because hails usually occur in temperate and not tropical regions like the Philippines. Very dense clouds, called cumulonimbus, are known to produce hail storms. Ice crystals that formed in the clouds did not melt into liquid to become rain because the clouds were too close to the ground. For ice crystals to melt and become rain, clouds containing these ice need to be at least a thousand meter above the ground. Otherwise the only partially molten ice falls to ground = Hail.