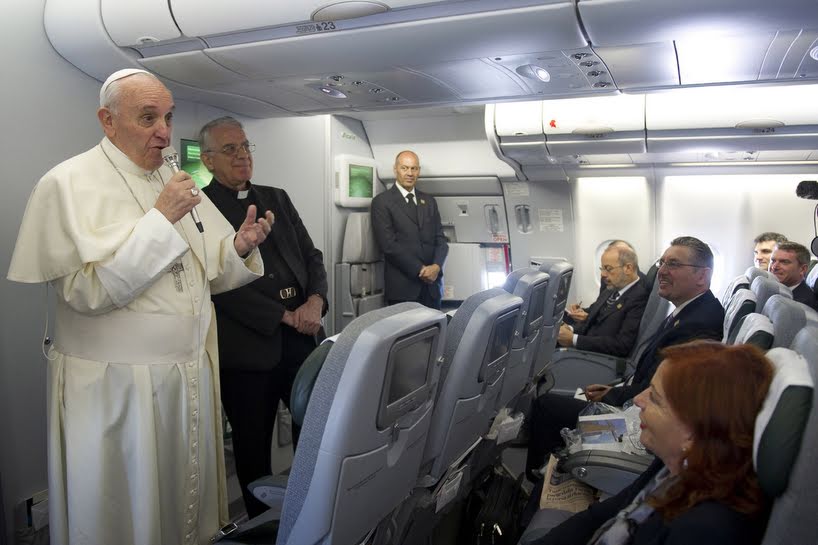 The Civil Aviation Authority of the Philippines (CAAP) informed that flight operation in two airports would be limited when Pope Francis visits the country in January next year.

On January 15, the Ninoy Aquino International Airport’s (NAIA) primary runway 06/24 and secondary runway 13/31 will be closed for all arriving flights while departing flights will be allowed to operate from 2:00 p.m. to 5:15 p.m..
From 5:15 p.m. to 6:15 p.m. on the same day, a no fly zone will be implemented and no air traffic will be accommodated due to Pope Francis’ aircraft arrival at the NAIA runway estimated at 5:45 p.m..

[Let’s hope that the Pope’s plane will not be delayed, otherwise NAIA will be down for much longer time]

When the pontiff flies to Tacloban City on January 17, CAAP said that the Tacloban airport will be closed for all air traffic from 6:00 a.m. to 9:00 p.m. except aircraft that carries the papal entourage, while NAIA runways will be closed from 7:45 a.m. to 8:45 a.m. and from 5:45 p.m. to 6:45 p.m. when his aircraft landed at NAIA from Tacloban.

On January 19, during the Pope’s departure to Rome, NAIA runway will only allow departing aircraft from 6:00 a.m. to 9:30 a.m. and a no fly zone will be in effect from 9:30 a.m. until 10:30 a.m. where a Philippine Airlines’ flight will carry the Roman Pontiff directly to Rome.

The GMR-Megawide Cebu Airport Corp. won the right to take over the operation of the Mactan Cebu International Airport and build a new terminal. It took over management of the existing terminal last November 1, 2014.

It unveiled yesterday the airport’s new domestic departure check-in area. Adorned with tropical plants and equipped with two ramps, the new check-in area is more spacious than the old one. [We’ll check next week].
The consortium will officially unveil improvements in the terminal next month, as well as present their timeline for the makeover of the terminal. Passengers can expect better washrooms, longer baggage reclaim areas, more X-ray machines and better check-in conveyors, among other improvements, in the coming months.

But the GMR-Megawide consortium will not be able to start its airport expansion project until the Philippine Air Force (PAF) vacates the 39-acre lot where the second terminal building will be constructed. The Department of Transportation and Communications (DOTC) is set to replicate 17 buildings of PAF that need to be demolished to give way to a new airport terminal building.

During October and November CAAP did test flights on Laguindingan (Cagayan De Oro) airport. These tests served to calibrate ILS beams and frequencies as well as COR/DME adjustments. The tests seemed to have been OK, but the paperwork is not yet done. No approach plates and other documents are yet distributed to the interested airlines. All Laguindingan websites (official and non-official) haven’t been updated for several months.