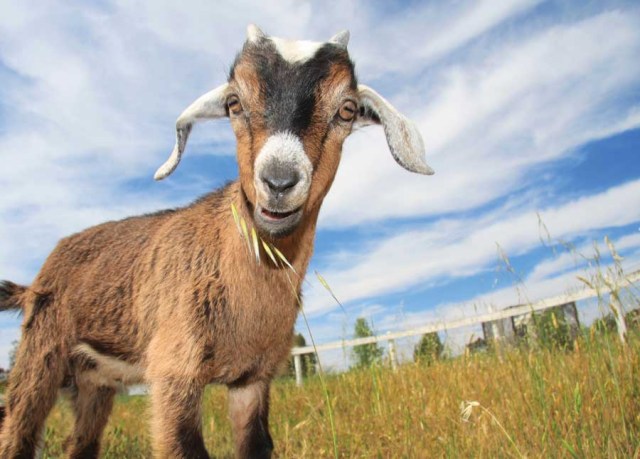 After the ridiculous air-condition problem in NAIA-3, we reported some days ago, Manila’s airport makes people laugh again. The newest staff to be hired will be goats!

Goats to replace mowers at NAIA? Not just yet! That’s the reply of Ninoy Aquino International Airport (Naia) authorities when they were informed that Chicago’s O’Hare International Airport is employing the services of a herd of goats to reduce the cost of grass mowing, aside from the environmental-friendly way of avoiding the resident fauna, which usually die when they get in the blades of grass cutters.

Other benefits include lesser landscape-maintenance costs, including fuel, labor, herbicides and equipment, and a reduction of available habitat for birds and other wildlife that can be hazardous to airport operations.

Before 9/11, the Naia used to be a grazing land for horses, cows, pigs and an occasional deer, when fences were porous and compliance to existing rules was lenient.
Prior to the conversion of Villamor Air Base to Naia Terminal 3, a flamboyant general of the Air Force, who had since passed away, used to have his race horses chew away at the lush vegetation near the air base.

On not so rare occasions, domesticated pigs form the nearby subdivisions would stray into the grassy knolls of the 100-hectare airport compound and be driven by guards. A deer, probably a pet from the same subdivision, was run over by an airplane on Runway 24.
A herd of cows roaming the airport was eventually lassoed by airport men, riding on flatbed trucks.

The ensuing strict implementation of security procedures in the wake of 9/11 had made the Naia virtually inaccessible to animals and even persons without the necessary permit. So, the goats will need their proper ID.

And yes, here is a great demand for goat meat, now running at close to PHP 400 a kilogram. With the surplus of breeding goats, NAIA might by aircon chillers.