Typhoon MELOR/Nona has been upgraded to Category 4 and is moving towards Samar-Sorsogon. The cyclone is now getting a bit weaker. The central pressure has slightly increased in the last 6 hours from 940 to 945 hPa. 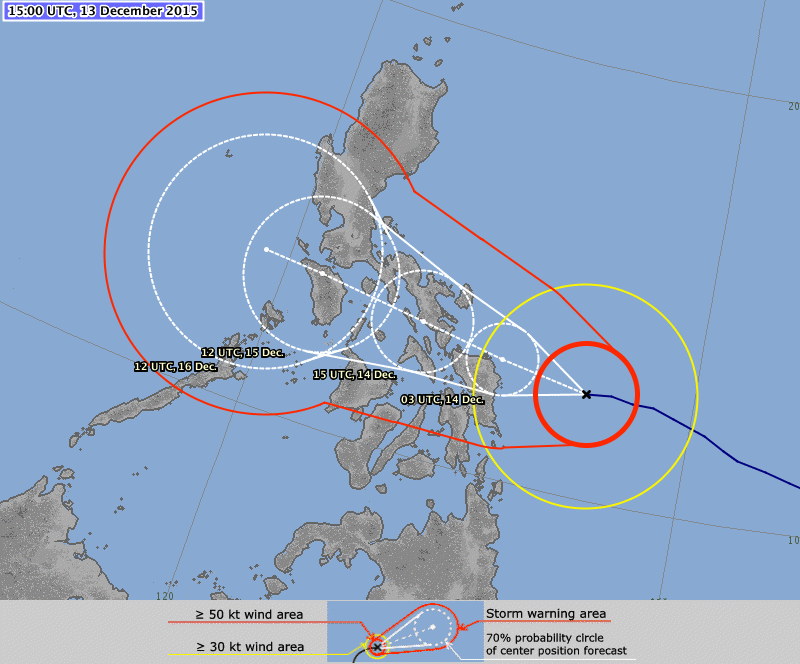 The region of landfall is still difficult to determine. Hongkong and Beijing agencies expect the northern tip of Samar. USA and Japan forecast a landfall in Sorsogon around Gubat. The time of landfall is expected between 11 a.m. and 2 p.m. today.