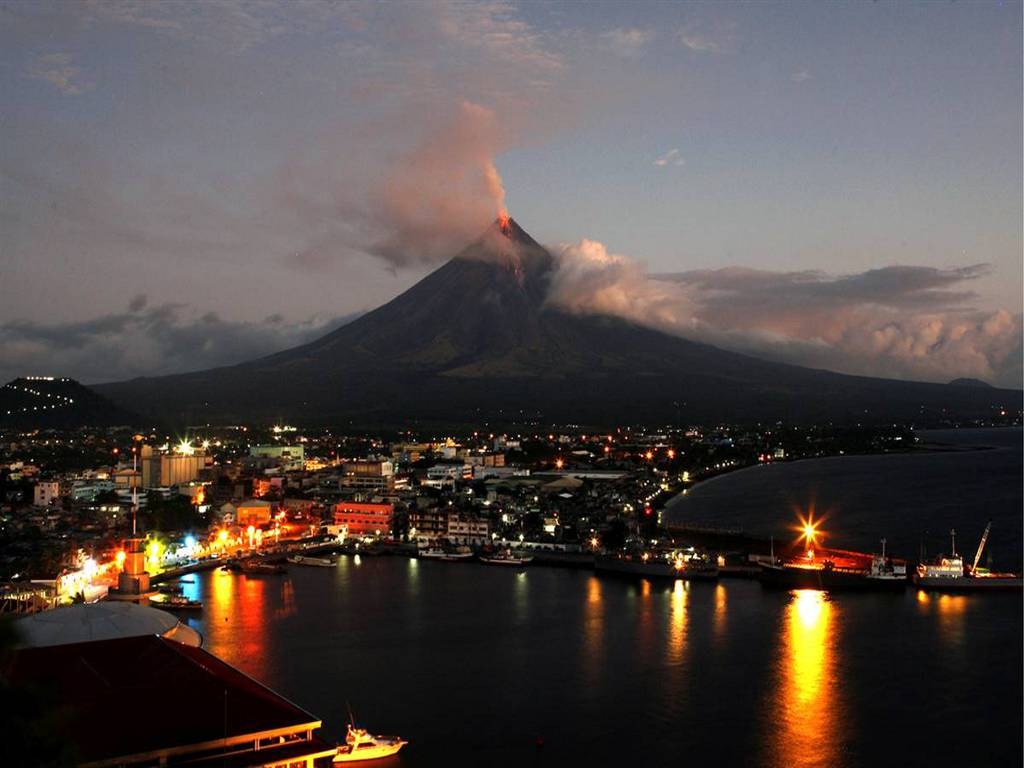 Yesterday we reported that Alert Level 3 had been proclaimed for Mayon volcano.  As of midnight Tuesday, 1,653 families had been evacuated by the Armed Forces of the Philippines from threatened villages around Mayon Volcano. By 9.00 a.m. this morning  the evacuation of  all residents from the danger zones around Mayon volcano should be complete.

Yesterday PHIVOLCS informed that they had recorded 32 volcanic earthquakes and 72 rockfall events over the past 24 hours.
A “rolling incandescent rockfall” in the uppermost reaches of the Bonga Gully indicated the summit lava dome was breaching the crater on its southeastern side. Also, in the past few days, sulfur dioxide emission had exceeded 511 tons per day, at times reaching up to 1,000 tons. If Mayon sustains its gas emission of 1,000 tons a day, an explosion is to be expected within four weeks. Observed parameters on the volcano’s activity showed it would likely be a “Vulcanian eruption”. Vulcanian-type eruptions are characterized by strong explosions, multiple pyroclastic flows around the volcano and lava flows that cascade down the gullies.

Photo courtesy of hawaii.edu | Mayon – the dangerous beauty seen from Legaspi City. In the foreground the port with the “Embarcadero”

Despite the risks, Mayon and its nearly perfect cone is a favorite spot for volcano watchers. Most enjoy the occasional nighttime spectacle of the rim lit by flowing lava, viewing from the safety of hotels in Legazpi. I can recommend the ballroom on the top of the Saint Ellis Hotel in Legaspi City. Here is a picture I took there in 2012: 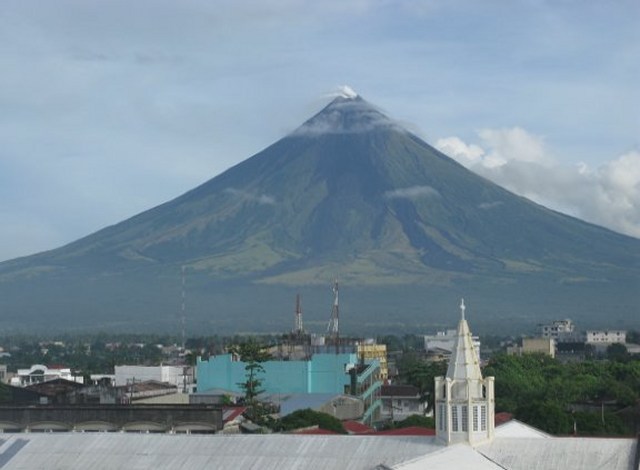 According to PHIVOLCS, the expected eruption is likely to be as powerful as the one in 2009. PHIVOLCS is also considering the possibility of explosions accompanying the eruption such as in 2001, and eruptions with huge explosions after lava flows like in 1984.

Do absolutely not enter the 6 kilometer permanent danger zone and the 6.5 to 8 kilometer extended high risk zone. The whole province of Albay is placed under state of calamity. Anyone who is entering the danger zone, even for a minute, can be arrested.

Please find below the hazard maps for Mayon volcano: 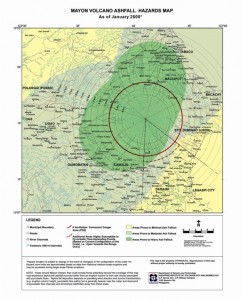 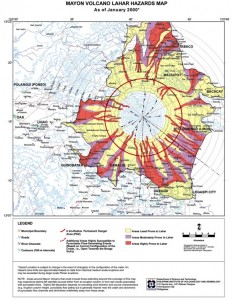 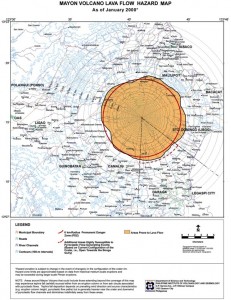 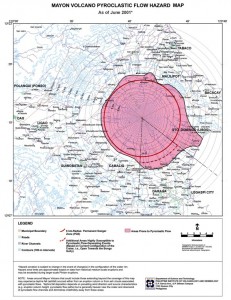 All maps courtesy of PHIVOLCS