Camiguin Status Update: On January 24,2017 weather is still unstable, the sea is sometimes very rough and power is sometimes available.

The heavy rainfalls have decreased. We still encounter 1 to 3 heavy downpours per day, but they are usually limited to 5-10  minutes. Roads are clear, but landslides are still possible on exposed slopes. Several times each day the sun comes through a hole in the clouds. On Sunday and Tuesday there had even been sunny moments up to 3 hours. The photo in the header had been taken at Casa Roca last Sunday at around 1:00 p.m. One of the great good news of the past heavy rains is the re-filling of Hibok-Hibok Ardent Hot Spring. With a bit of optimism one can say that the water is slightly warm. On our visit on Sunday we estimated the temperature at about 23 degrees. 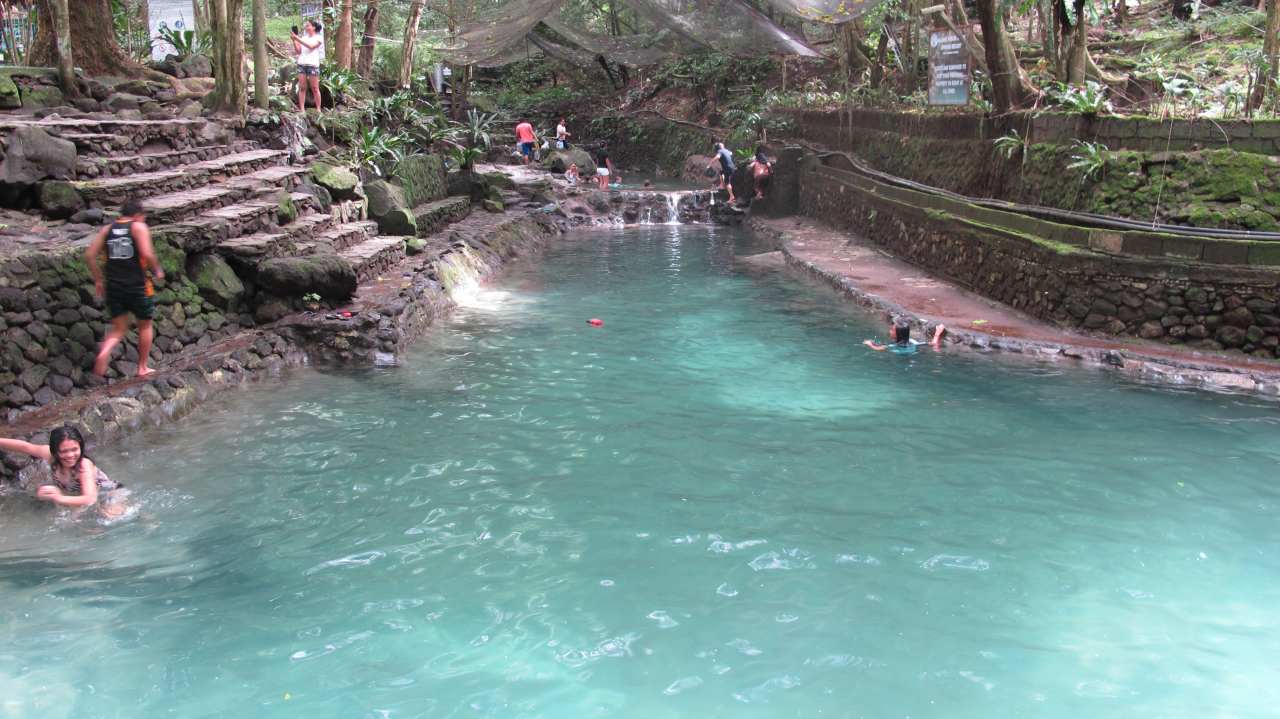 After 4 days without flights between Cebu and Camiguin, Cebu Pacific Air could resume the daily flights. This morning the plane landed very early around 06:10 a.m. The reason for the cancelled flights were low cloud ceilings, heavy rains and an extremely wet runway. It actually hadn’t been flooded, but the heavy morning downpours could not vanish quickly enough. The pilots did their best, but sometimes had to return to Cebu without landing in Camiguin. The risk of a runway excursion or overshot would have been to high.

Ferry traffic can be interrupted when waves get to high. Just now we experience wave heights of 3 meters and more. Coast Guard and Ferry Captains decide ad-hoc. No forecast is possible. 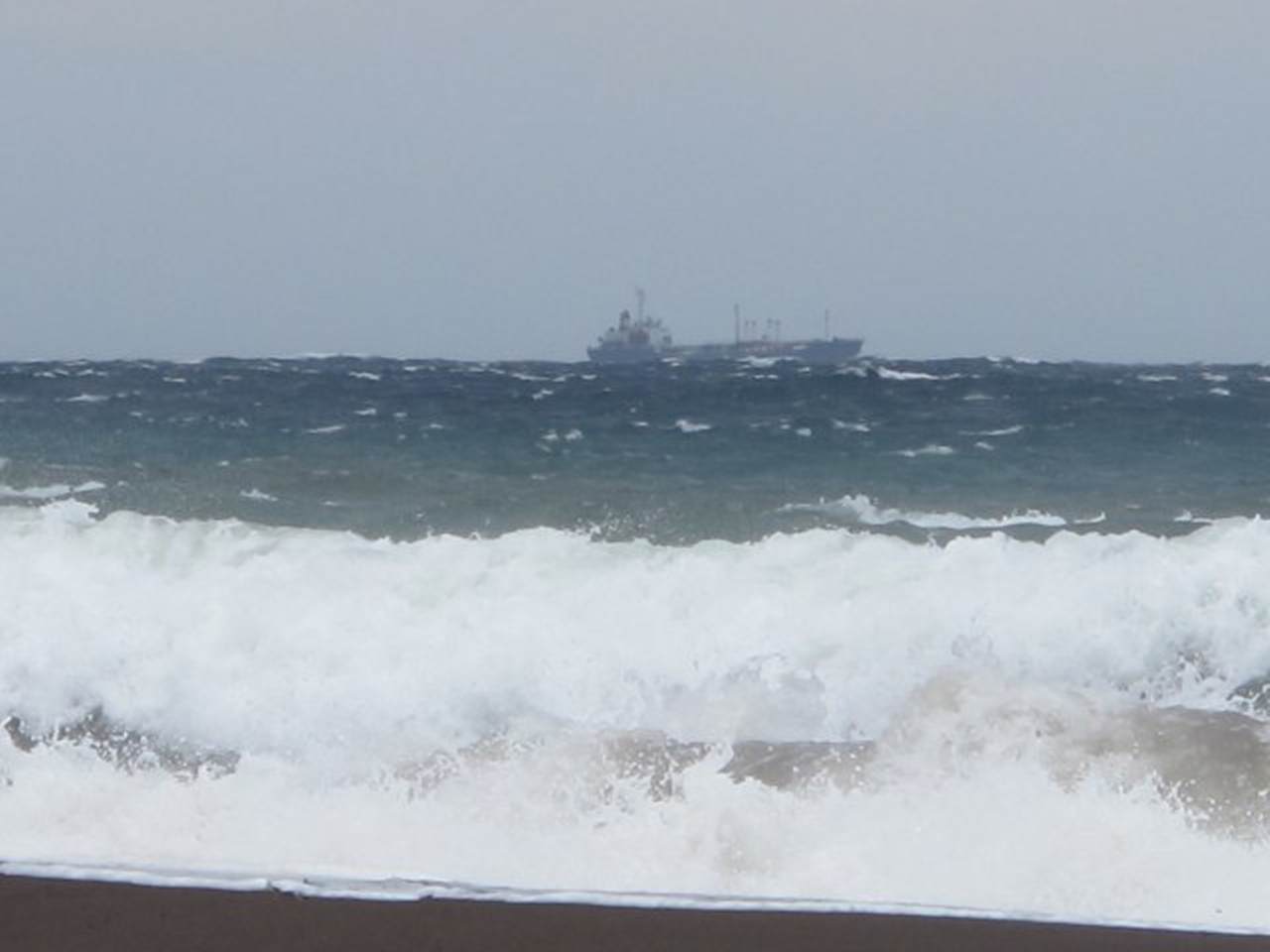 The worst is the electricity supply. The extreme floods and rainfalls of last week in Mindanao have damaged substations and transmission lines. The Mindanao electricity network isn’t redundant. If a substation or a main-line collapses, the linked sub-networks do not get power anymore.

What makes the situation even worse is the lack of real information. CAMELCO, the Camiguin Electric Cooperative, diffuses news on their website and on their facebook page. They write in ALL CAPITAL LETTERS and in a language one could call a derivative of: CebTagLisch (Cebuano – Tagalog -English). If you want to try to understand:

The announced availability of electricity from 08:00 a.m. to 05:00 p.m. is absolutely not guaranteed. Power comes and goes several times within 24 hours. Yesterday we counted about 10 interruptions. CAMELCO says that these bad power supply will last for about 5 days until the substations and transmission lines will be fully repaired.

CAUTION: When a black-out happens, cut the supply for your house or apartment at the main power fuse/breaker. Don’t switch on immediately when power comes back. During the first 30 seconds, the network is not stable and voltage peaks and frequency glitches can severely damage your electric and electronic equipment.

We have measured voltage peaks of over 300 Volts and frequencies between 42 and almost 70 Hertz.

The contested Camiguin Diesel Power-plant can not feed electricity in the island’s network. CAMELCO writes that their KEGI Diesel Plant can only supply 4 MW of energy. In an old document published on CAMELCO’s website one can read: “Camiguin, as of now, has a power demand of 2.8Mw and is expected to reach by 7Mw in 15 years“. In another sentence of the same document they write: “Another option, he said, is that instead of buying power from the mainland, Camelco will just invite independent power producer (IPP) to build 8Mw Diesel Plant in Camiguin.” Words! a lot of Words! How can one trust such people? If you want to know more about Camiguin and its power struggle, we recommend to read this website and this facebook page.

Because this afternoon we enjoy already the second black-out, this article had been written with 100% solar energy. Even with the current cloud cover, we produce about 30 percent of the energy we get on a sunny day. It’s enough to write, publish and to brew a strong coffee 😎