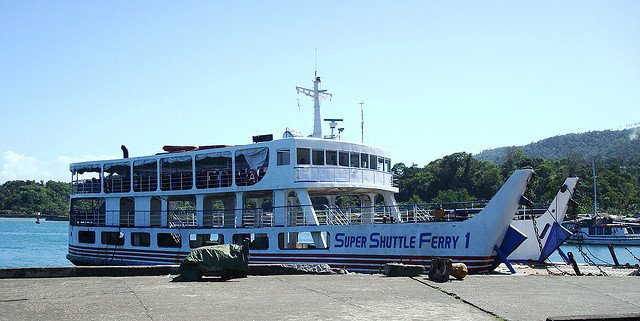 Yesterday vendors in the Port of Benoni, Camiguin sighted an oil spill at the vicinity and immediately reported the incident to the Coast Guard.

The Coast Guard personnel took water samples and pictures to document and report the spill. Likewise, it summoned the vessel operator, AMTC, to conduct clean-up operations and contain the oil that was already spreading towards the shoreline.

The skipper of the 199.98GT vessel, was issued an Inspection Apprehension Report for violating Marine Environmental Protection Report regulations. The Coast Guard further advised the skipper to file a marine protest and appear to the hearing officer of Coast Guard Station Cagayan De Oro within 10 days.

[Editor’s comment:] At least the vendors in Benoni had an eye on this incident. We already saw Super Shuttle crews out in the sea throwing the content of the trash bins over board.