European airline companies would immediately resume their flights to Manila provided the government is persuaded to remove the common carriers tax (CCT).

Remember, KLM, the Royal Dutch Airline, flew for over 60 years nonstop from Amsterdam to Manila. KLM had been the last European airline with direct flights and stopped these flights in January. 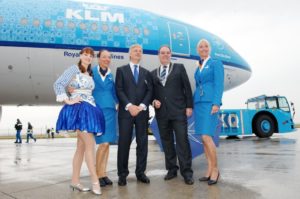 Air France (AF)-KLM, stopped the direct flights because of the imposition of the CCT. The Philippines are with their CCT the only country that calculates the taxes depending on the flown distance respective the ticket price.

This is why it is cheaper for airlines to have a stop-over nearby and pay the fixed airport tax in Taipei, Hong Kong or Guangzhou and then have to pay much lower common carriers tax (CCT) for the short hop to the Philippines.

Under the National Internal Revenue Code, international air carriers are slapped a 5.5 percent tax on revenues – a three-percent common carrier tax on their gross receipts and a 2.5 percent tax on all cargo and passenger revenues originating from the Philippines in an uninterrupted flight, regardless of the place of sale or issue of a ticket.

There is little hope that direct, non-stop flights will resume soon. There are pending measures in Congress seeking to remove the common carriers tax and the gross Philippine billings tax, which would translate to substantial billions of dollars in additional export earnings for the Philippines. But until these measures become effective, several years may pass – see NAIA-3 dispute or CAAP Category-1 disaster.