The Earth is still shaking in Negros 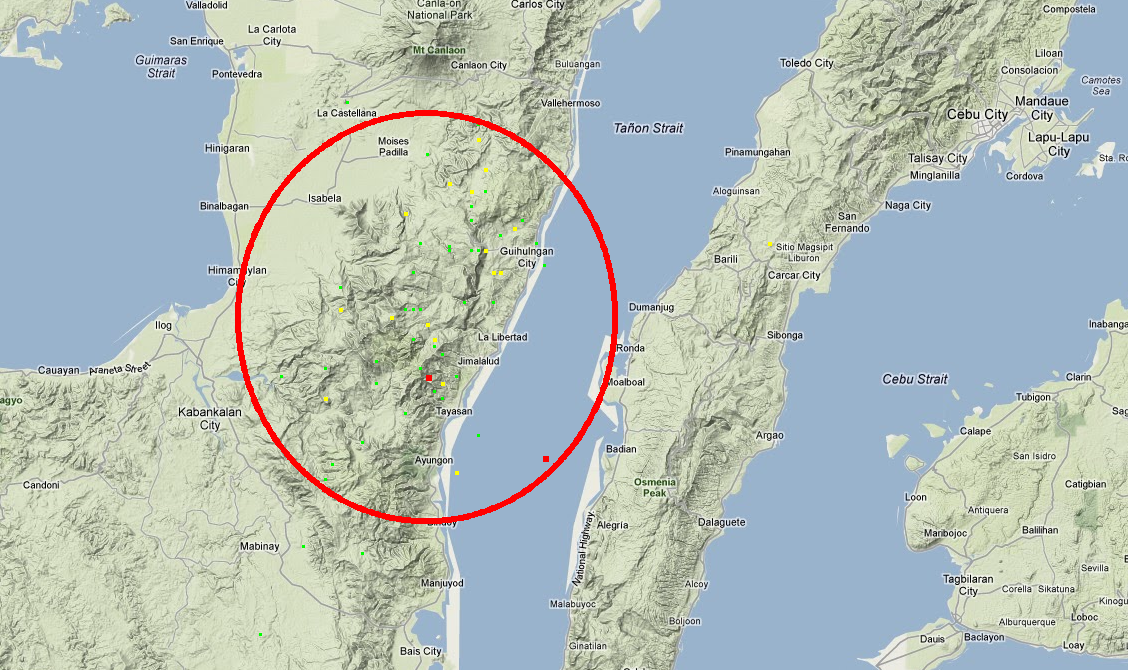 The earth continues to shake around Tayasan and Guihulngan in Negros Oriental. Every day since the initial shock on February 6, 2012 we count up to 20 earthquakes. The magnitudes range from 1.9 up to 5.2.

The map below shows the locations of the epicenters of this earthquake swarm. Click on the map to enlarge. This map is also available in an interactive form with additional information 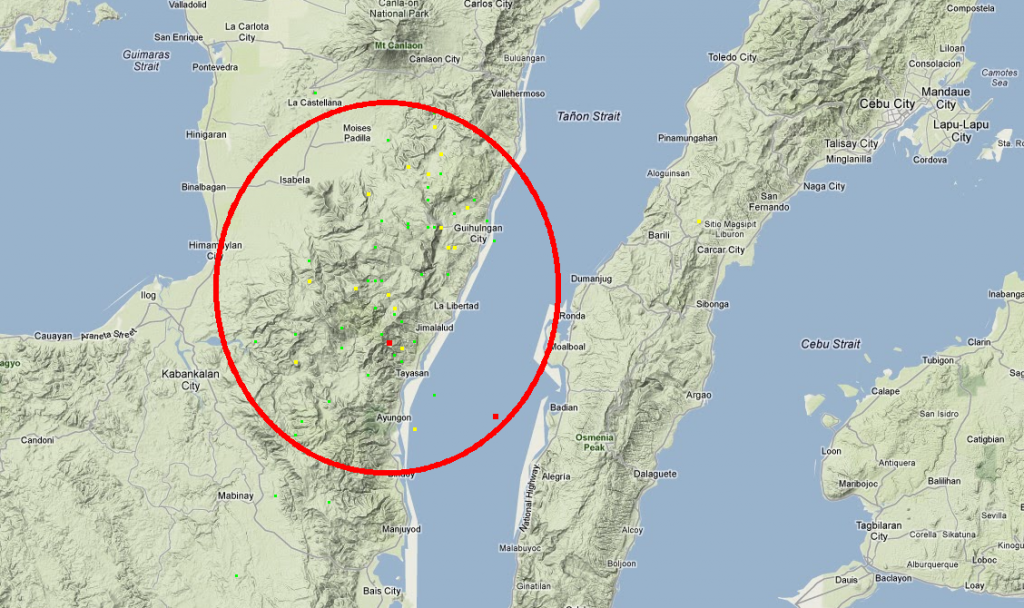 More and more information about damages reach us and show the destructive power of the earthquakes. Photo courtesy of Nobi. Thank you Nobi. 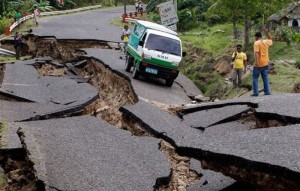 Usually roads are reinforced with a grid of steel-bars. We wonder, where the steel-bars of this road in Negros Oriental had gone?

Since january 1, 2011 we monitor all earthquakes in the Philippines in real time and make the data available in form of a database and in form of maps.
The 2011 earthquake map is here

The 2012 earthquake map is here