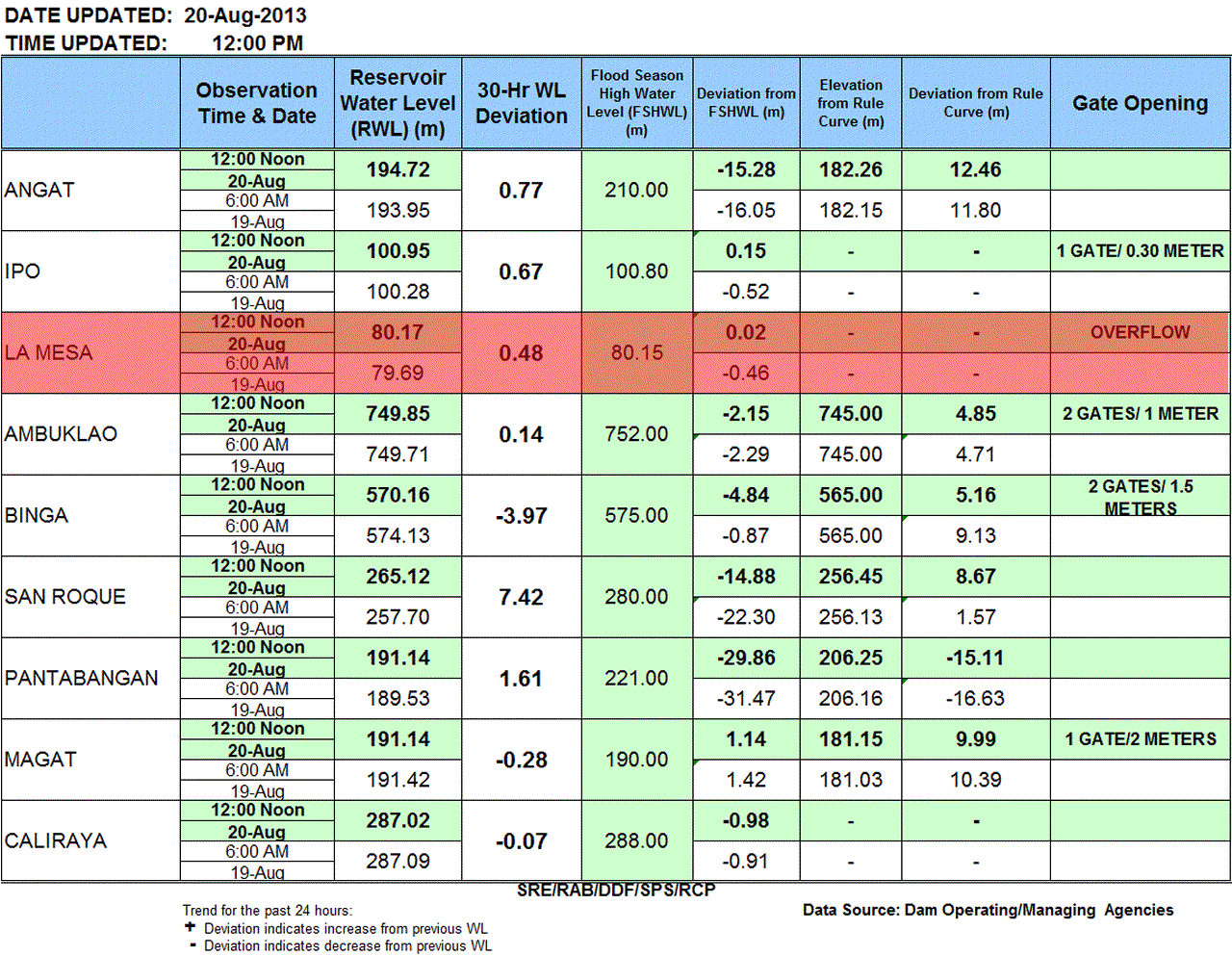 The latest PAGASA Dam report indicates that the La Mesa dam is overflowing. 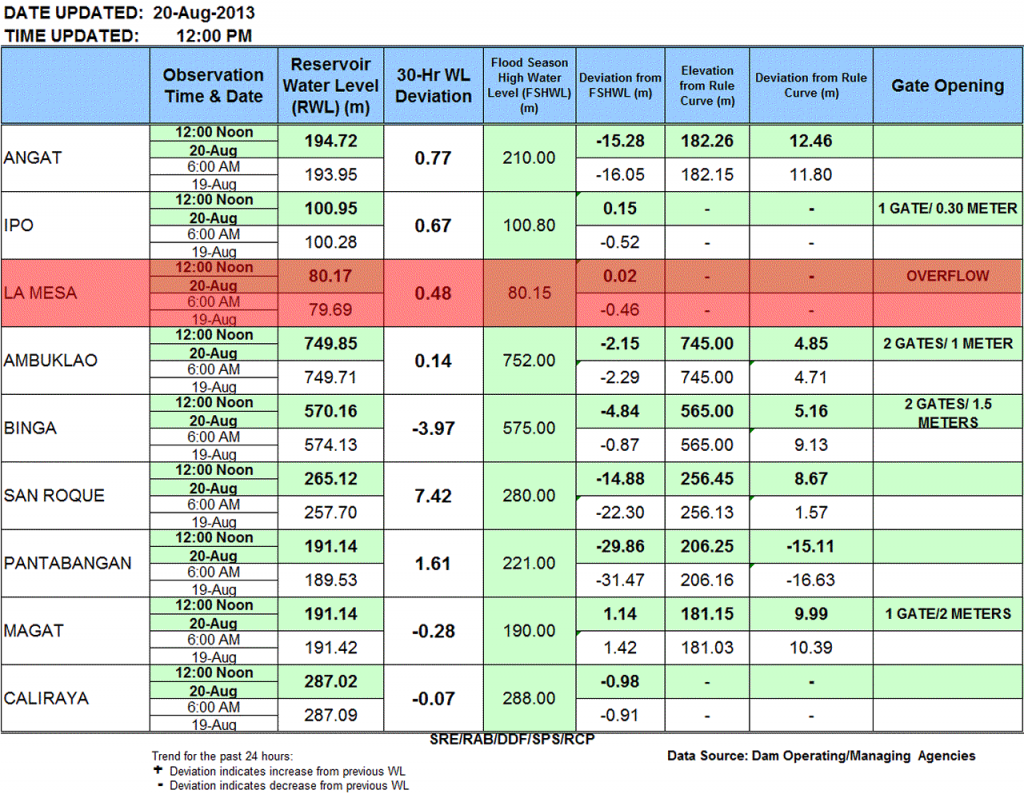 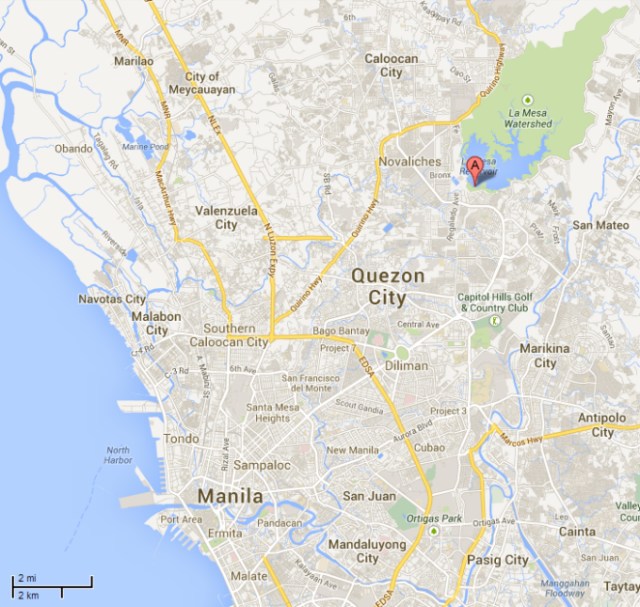 PAGASA recommends:
1. Avoid areas subject to sudden flooding.
2. Do not attempt to cross rivers of flowing streams where water is above the knee.
3. Beware of water-covered roads and bridges.
4. Avoid unnecessary exposure to the elements.
5. Do not go swimming or boating in swollen rivers.
6. Eat only well-cooked food. Protect left-overs against contamination.
7. Drink clean or preferably boiled water ONLY.