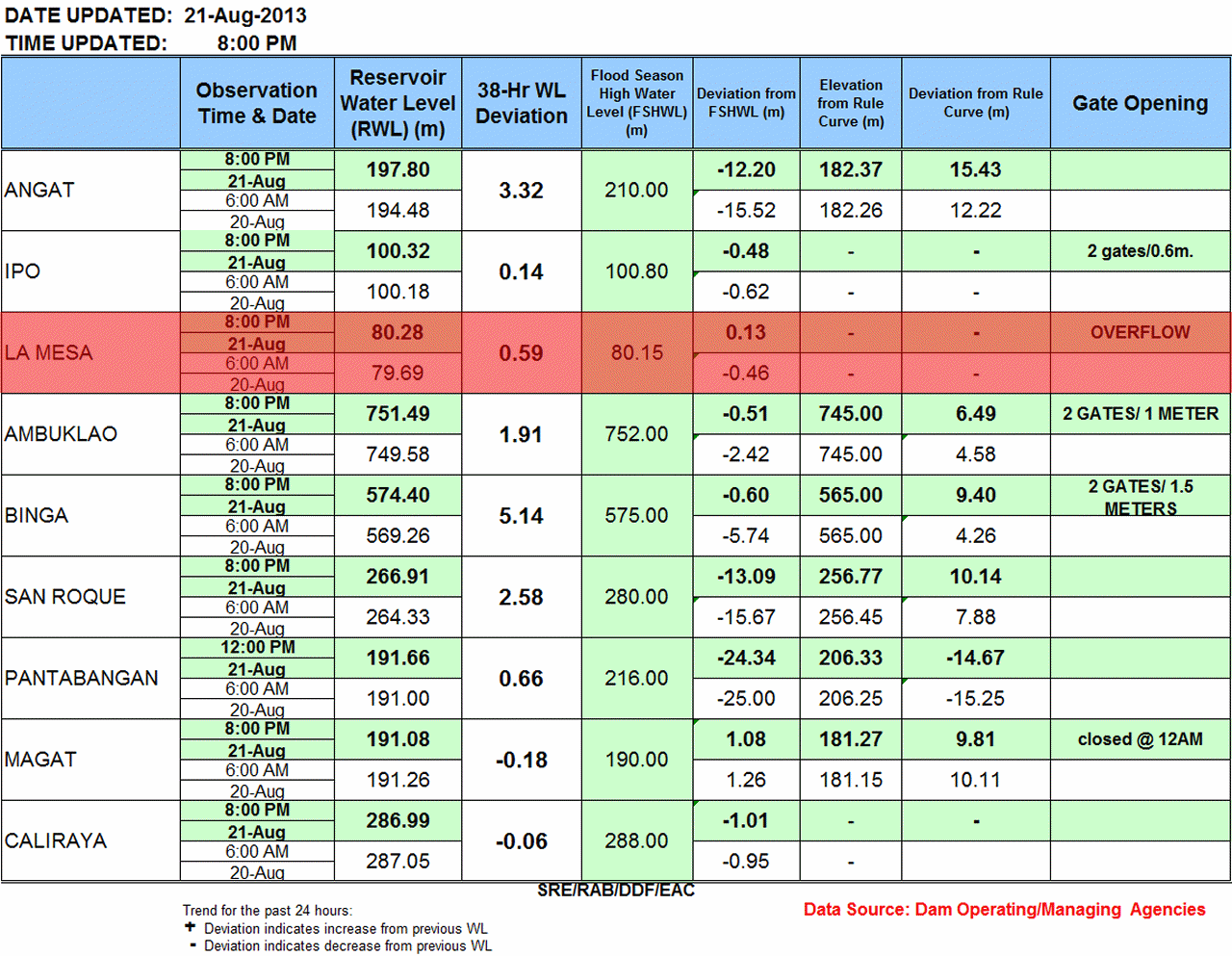 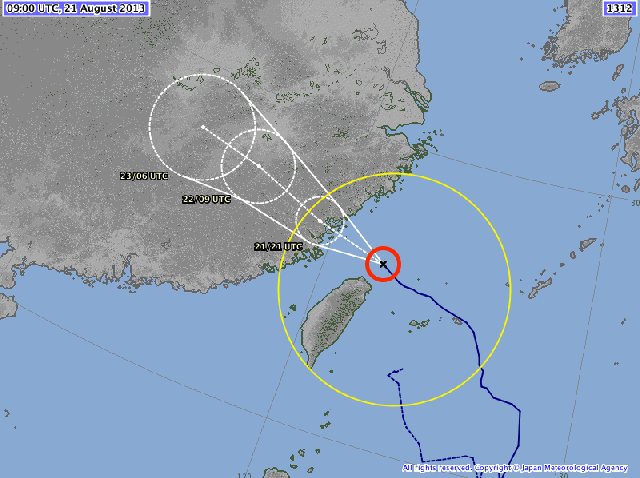 Fortunately full moon had been yesterday, so high tides will not be as high. But tides  up to 1.90 meters (Davao) are to expect tonight.

PAGASA is not very optimistic about weather. The agency forecasts Habagat winds and rains in western Luzon until the weekend. I thin, when Typhoon TRAMI / Maring vanishes tomorrow, the situation in Luzon will gradually getting better within hours.

Rainfall already got much weaker. The water level increase in Luzon’s dams has slowed down. But still 7 of 9 dams record raising levels. La Mesa dam in Quezon City is still overflowing.

The situation in NAIA (Manila’s airport) got a bit better. But missing ILS and low cloud ceilings still make pilots to have turn around and wait for better conditions to land safely. 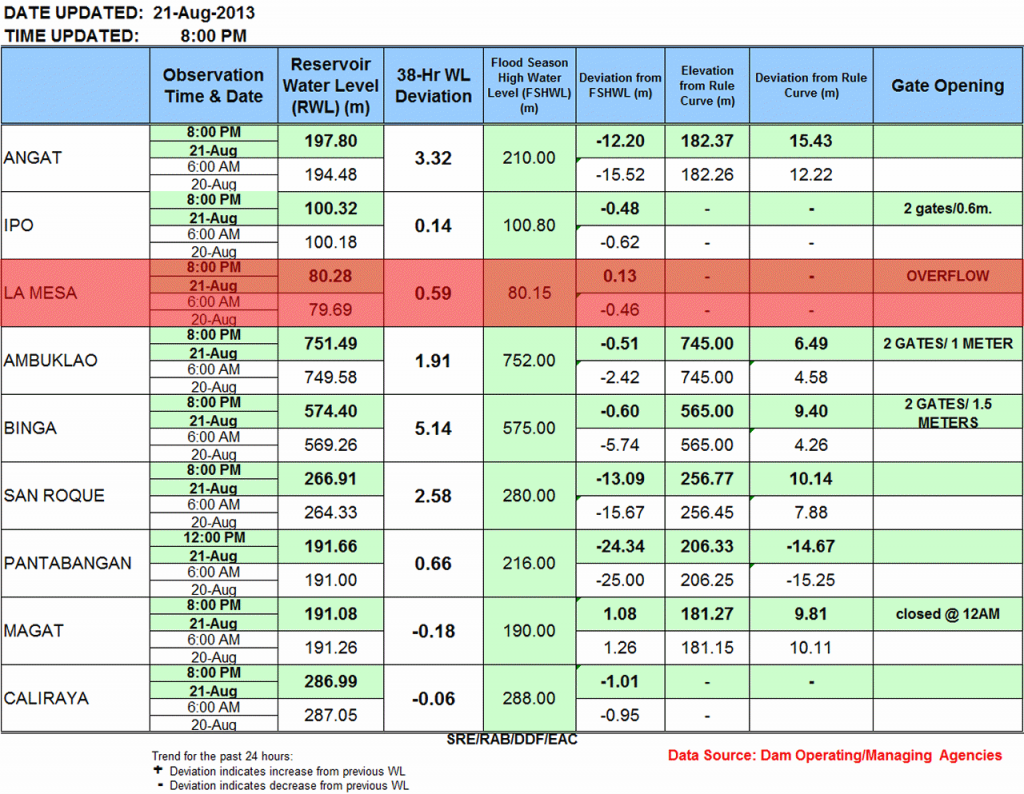