Mactan–Cebu International Airport: when the Indians clean up

Mactan–Cebu International Airport has undergone very important renovation works – in the building, in the management and in the staff. Since the Indians took over key positions last year, MCIA has become a pearl.

Mactan–Cebu International Airport had been one of those well known Philippine airports at the top of world’s worst airports. MCIA had never been as bad as NAIA-1 because of its rather provincial position. But MCIA had really been an ugly duck with dirt everywhere, furniture out of the second-hand shop and rude and lazy staff. Jet bridges were not working and information displays were almost permanently out of order. But Mactan–Cebu International Airport was convenient to bypass Manila’s NAIA. The short distances made passengers accept all inconveniences the neglected services. And then came 2014. On April 23, 2014, the Department of Transportation and Communications awarded the operations and maintenance of MCIA to a consortium of the Philippine Megawide Construction Corporation and Bangalore-based GMR Infrastructure. The consortium won with a bid of 17.5 billion Philippine pesos. Early 2015 the new team started the tough job to overhaul Mactan–Cebu International Airport.

Already last summer, 2015, first result of the new management were visible and appreciated. Floors were clean, ceiling lamps worked, some green plants enjoyed the eyes and staff became more friendly. Everywhere one could see rather dark-skinned people with Indian appearance controlling, giving advices and discuss together.
By end of 2015 many things had changed. Let’s have a look. 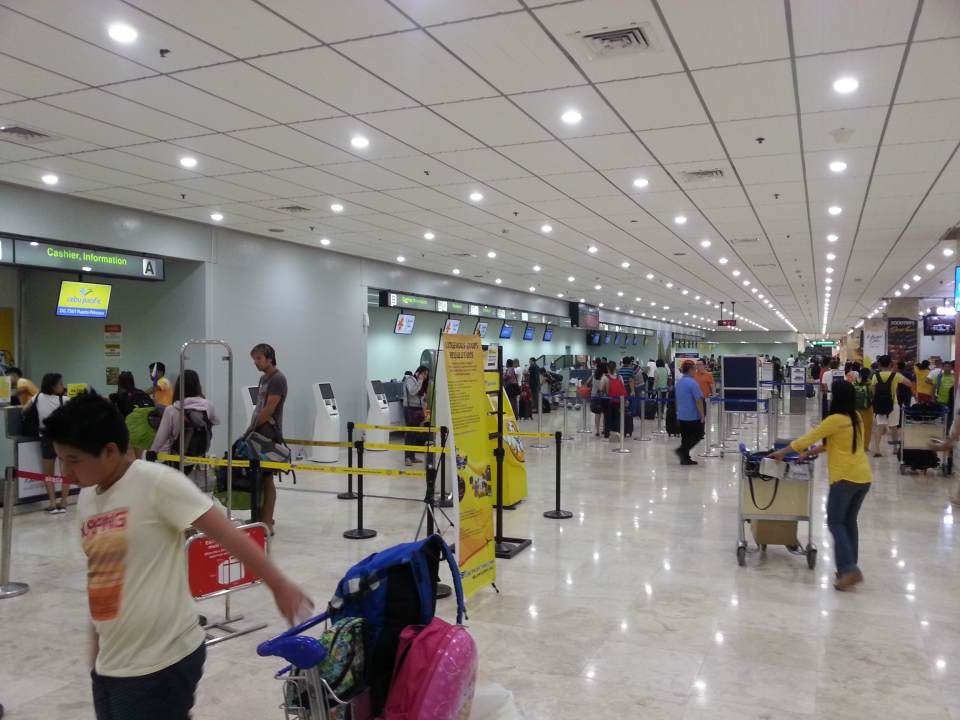 A pleasant view. All lights are working and their reflection on the clean floor assure cleanliness. The displays over the check-in counters aren’t anymore cardboard signs but readable colour LCD displays. 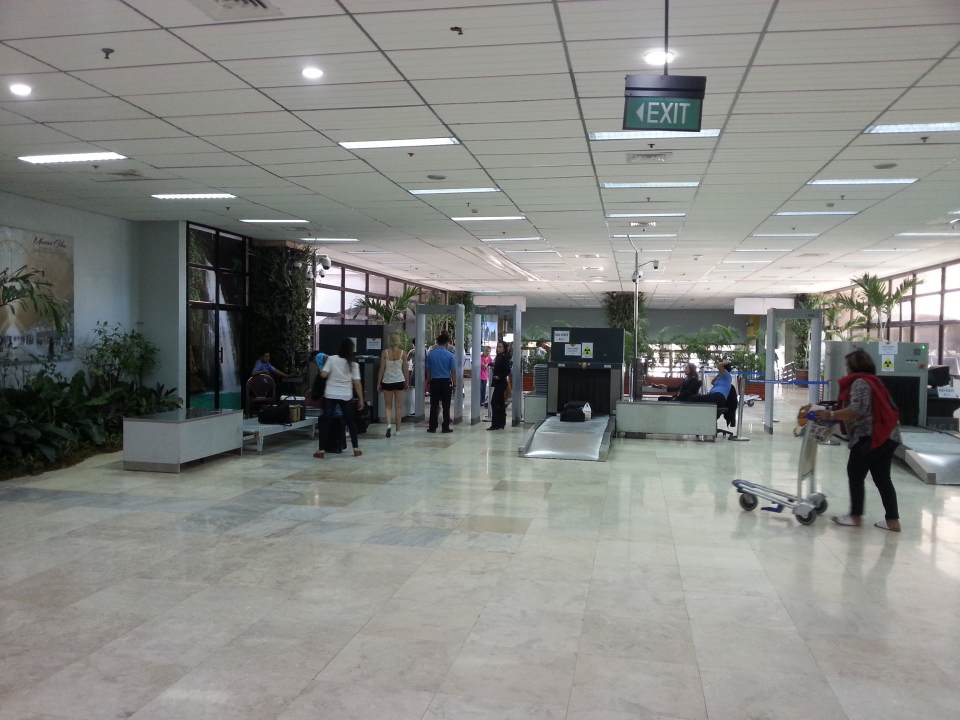 Passenger flows have been reorganized. One does not walk anymore through dark alleys but is automatically attracted by the light leading the right way. More security check posts have been grouped and rearranged. Here you see the 3 X-ray stations for international passengers. The plants give this now pleasant place a friendly flair. 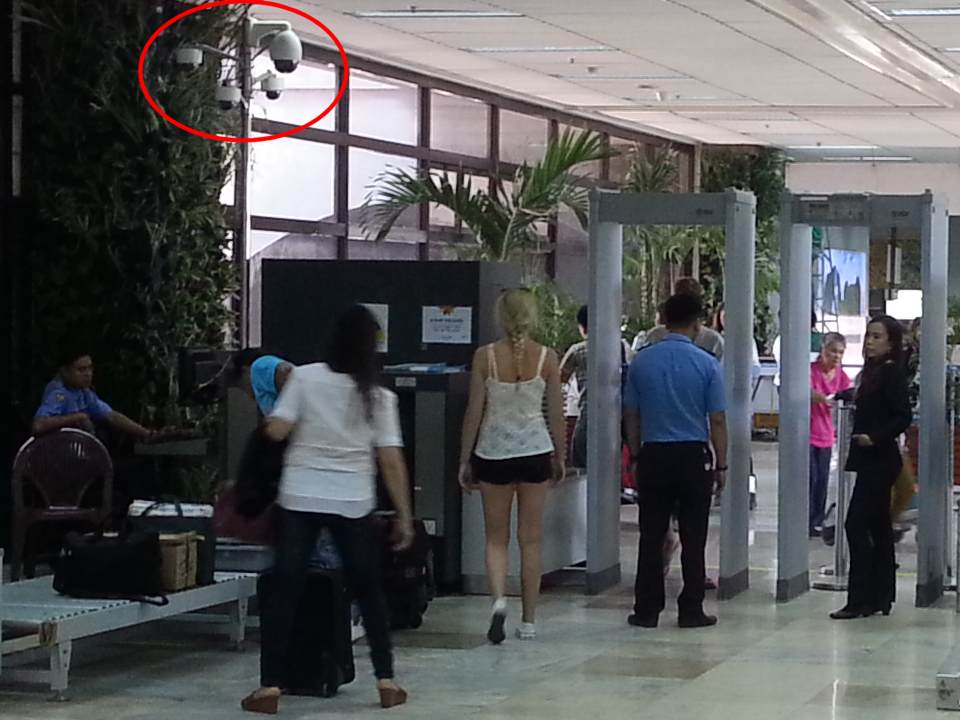 The new management has also immediately reacted on the bullet incidents in Manila’s NAIA. “Trees” with cameras observe passengers and staff at the security checkpoints. We don’t know if the cameras really work or if they are dummies. 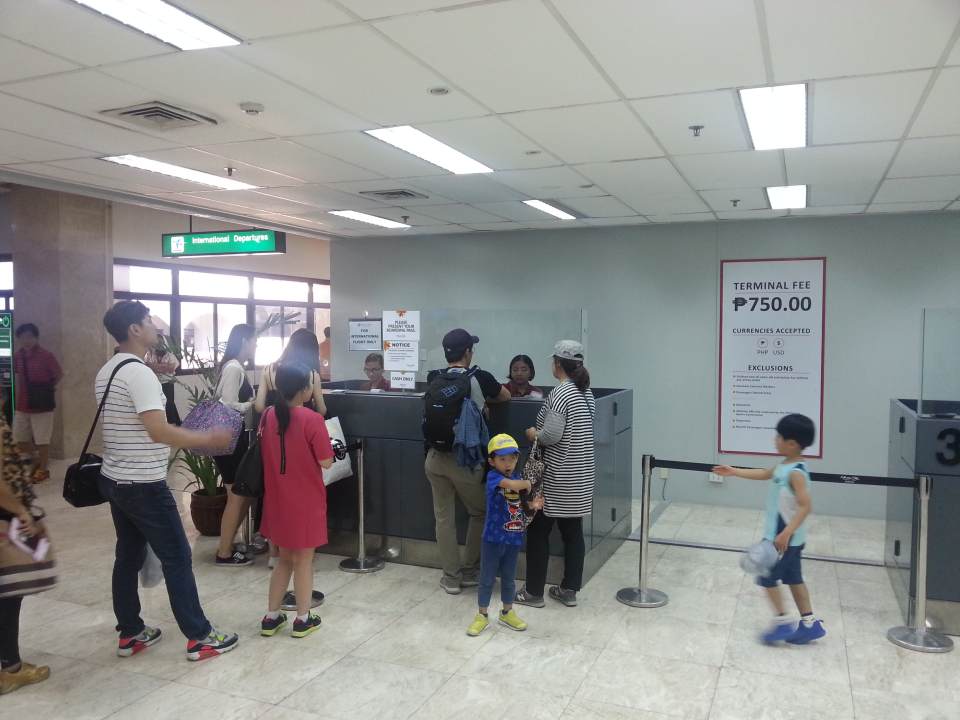 In the domestic section the silly terminal fee counters have disappeared but in the international part of the airport you still have to pay 750 pesos before leaving. We hope this anachronism will disappear soon. 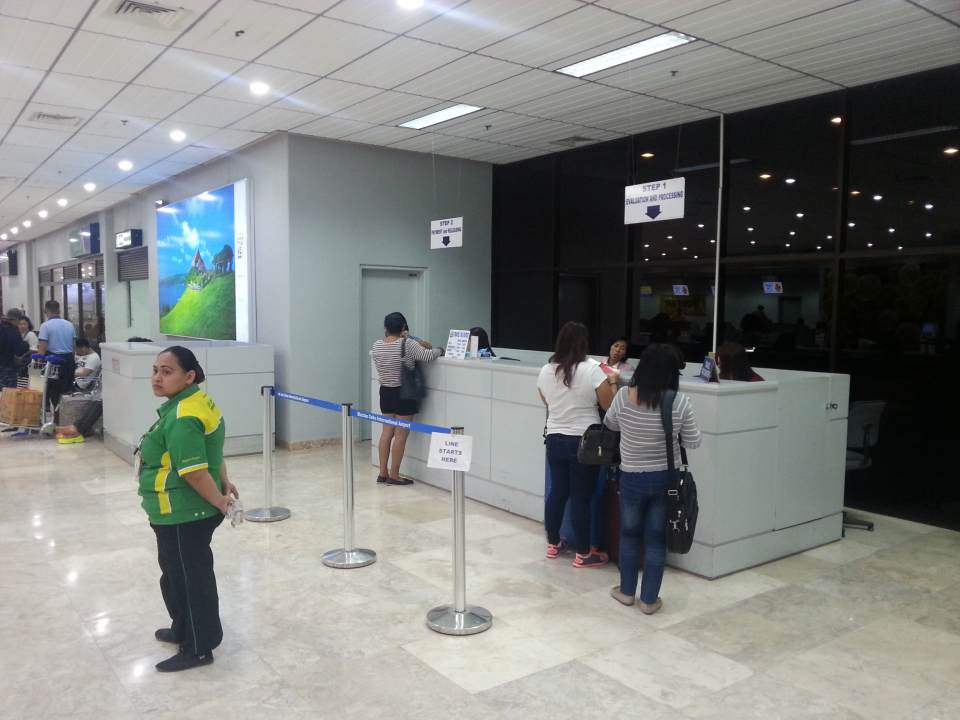 The TIEZA travel-tax counters now also look rather good. Travel tax has only to be paid by Filipinos and some long-stay foreigners. For travel information tax see here.

The air-side part of the airport has also undergone some improvements. In both sectors, domestic and international, work is still in progress. Being optimists, we think that these works should be finished by summer this year (2016, of course). With pleasure we could already twice use the jet bridges. Only Cebu Pacific Air asks passengers in the rear seats of their Airbus 320 to walk down to the hot tarmac and climb up a ladder to get access to their planes. 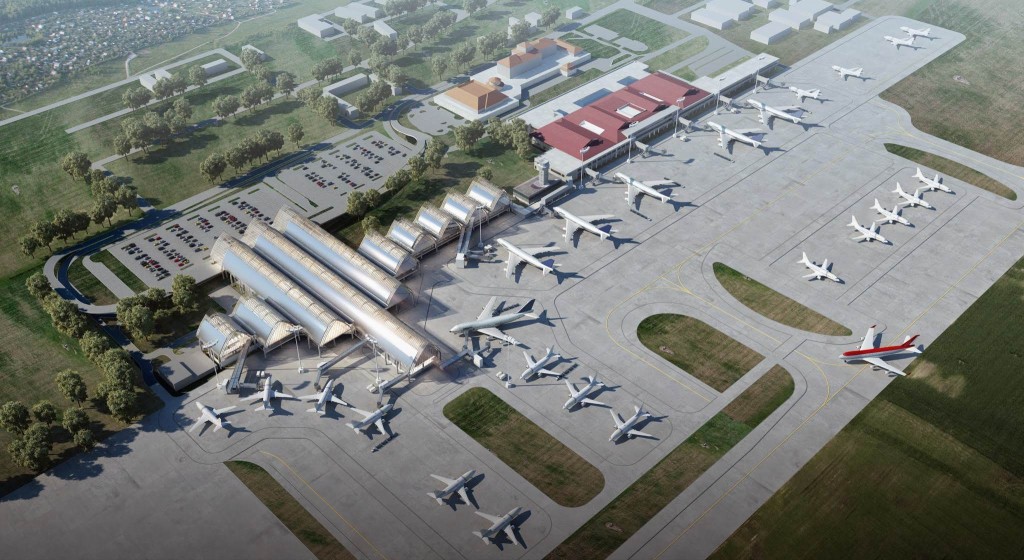 This is how Mactan–Cebu International Airport might look in 2 or 3 years. We are careful because Pinoys are real artists in computer visualizations but much slower in doing the real thing. The Kalibo International Airport, the Kalibo Jetty and the new Caticlan airport visualisations are miles away from the real thing. (Greetings to Aklan 😆 ). But having flown over Mactan island two times during the last days, I can confirm that work on the second terminal is advancing. Sorry, for not providing you with pictures, my hands had other things to do than handling a camera.

The renewed Mactan–Cebu International Airport (MCIA) is an opportunity for the whole southern Visayas and even northern Mindanao. Bringing tourists from abroad directly to the wonderful islands in the middle-south without the hassle of Manila and NAIA would be an asset to tourism in the Philippines.

We hope that this cooperation between Megawide Construction Corporation and  GMR Infrastructure will be successful and not be drown by incompetent government agencies. The 2016 presidential elections in the Philippines might be another step ahead.
Some particular improvements we would like to see in MCIA:

We hope that they don’t stop there. Mactan–Cebu International Airport has a big potential.
Have a nice flight Cebu – and continue to Camiguin 😀
[GARD]
<