Does Transportation Security staff ‘plant’ bullets in passenger’s luggage at Manila’s airport? One might think so. The Inquirer reported two Planted Bullets incidents this morning.

An American missionary has accused security personnel at Ninoy Aquino International Airport (Naia) of placing a bullet in his luggage and using the “planted” contraband to extort P30,000 from him.
Because he refused to pay up, 20-year-old Lane Michael White of Florida spent six days in jail and got out only on Tuesday after posting a P40,000 bail.
Causing him all this trouble was the .22-caliber bullet found in his bag in the morning of Sept. 17, when he and his family were scheduled to take a flight to Coron, Palawan. He ended up being charged with illegal possession of ammunition before Pasay City Judge Pedro Gutierrez.
White was the second foreigner in a week to make such allegations against airport personnel manning the X-ray scanner at the departure area, where members of Naia’s Office of Transportation Security (OTS) are assigned.

Earlier, a wheelchair-bound American woman said she had to give P500 to an OTS member just to be cleared for her flight back to California. Like in White’s case, two .22-caliber bullets were found in one of the pockets of her luggage.
White returned to the airport on Wednesday to recount his ordeal at the Media Affairs Office. He was expected to lodge a complaint against OTS personnel.
OTS spokesman Jonathan Maliwat on Wednesday said he was not yet aware of White’s case.
On the case of the American woman, Maliwat earlier said the two OTS members she cited—a woman who frisked passengers and a man who operated the X-ray machine—had been suspended to face an investigation. 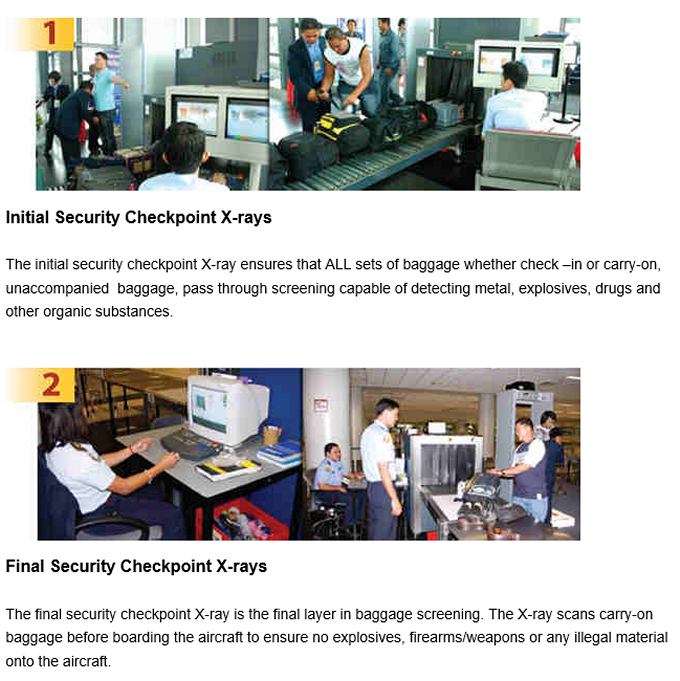 Lawyers and attorneys may open a booth just outside of the four NAIA terminals.
Inspect passenger’s luggage for prohibited items. If none is found, establish an affidavit confirming that the passenger did enter the terminal without any prohibited item.
We recommend a fee of PHP 500.00 only if nothing is found. If you or your staff finds something, then you may expect a payment of PHP 5,000.  Up to you, Ma’am/Sir.
This is much chaper than the OTS tariffs.