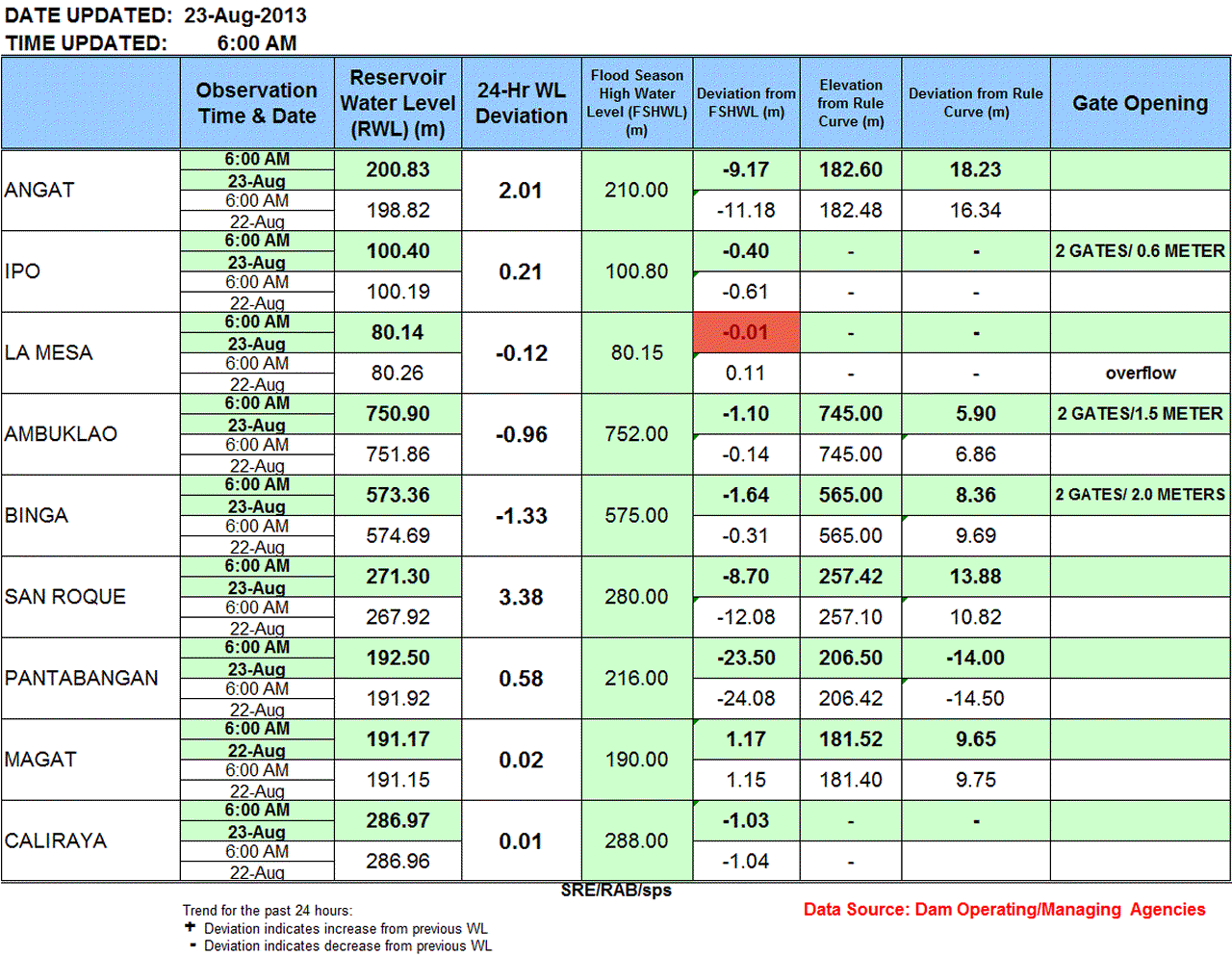 All dams in Luzon are again below overflow level. La Mesa dam is still very critical with only 1 centimeter margin. 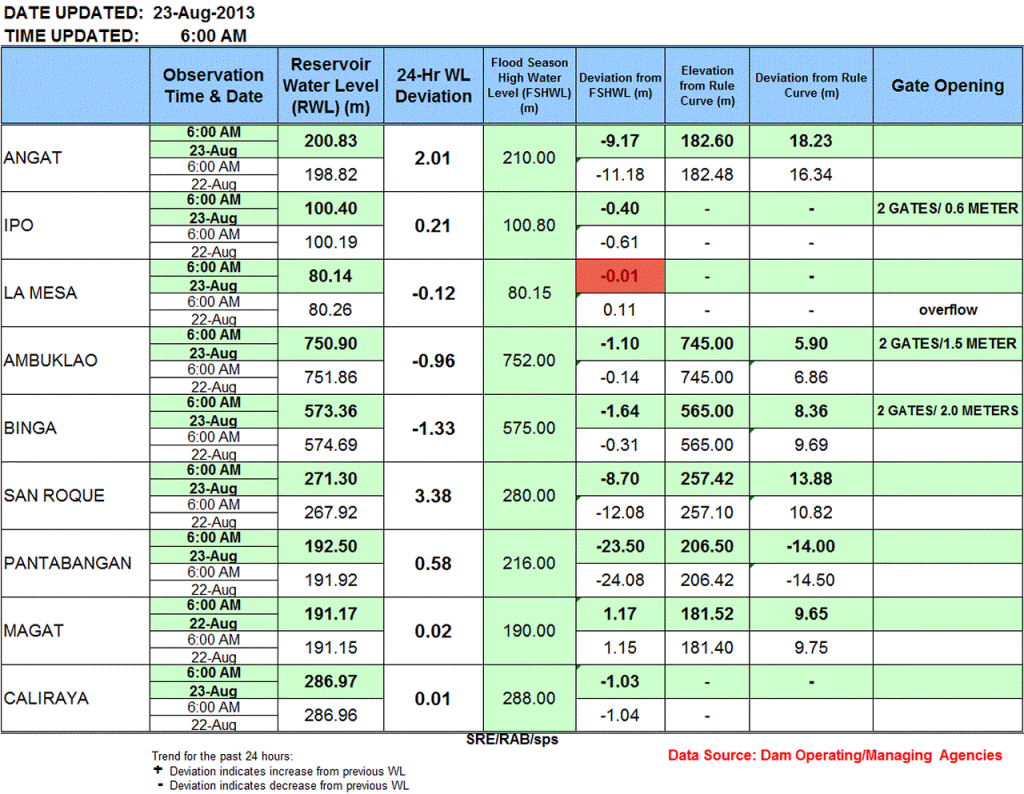 The Low Pressure Area (LPA 91W) was estimated at 580 km East of Hinatuan, Surigao del Sur.  This weather system will probably bring cloudy skies with moderate to occasionally heavy rains over Eastern Mindanao which may trigger flashfloods and landslides. Eastern Visayas and the rest of Mindanao will have scattered rainshowers and thunderstorms. 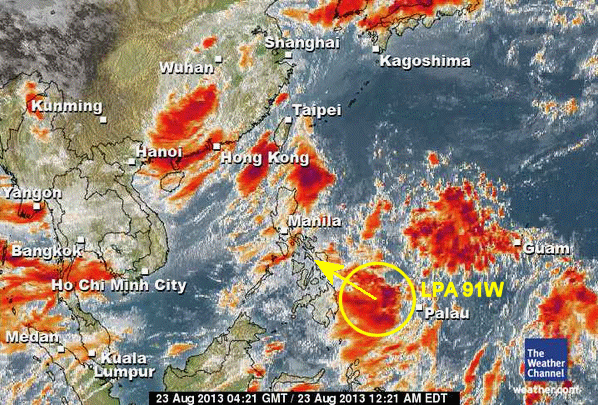 You may see this satellite image as an animated 24 picture movie and more on our new, still experimental website: