Not only in the Philippines … 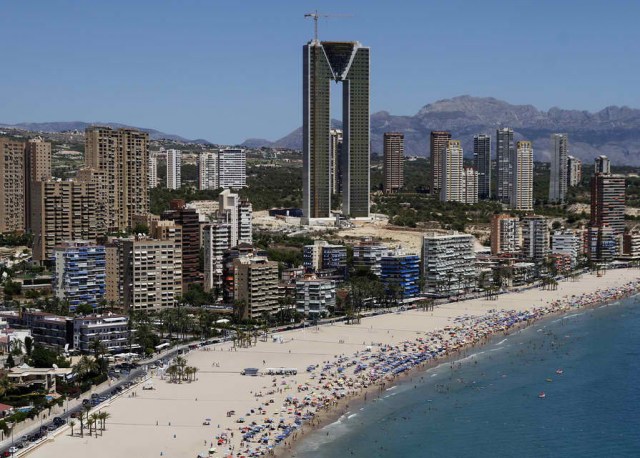 Prior to the 1960s, Benidorm was a small fisher village. Then came the big tourism boom. Today it stands out for its hotel industry, beaches and skyscrapers. More and more skyscrapers shot in the sky. People today call Benidorm  «Beniyork».

One of the last buildings and surely the highest one are the Twin Towers called “In Tempo” with two 188 meter high towers. That could be OK, if they hadn’t forgotten one very important thing!

The lifts go only from ground floor to the 20th floor. From there upwards to the 47th floor they simply forgot the lifts.

No, the architect and the responsible engineer aren’t Pinoys. But the bankers are Spaniards. In 2009, during the financial crisis, everything changed: bankers, owners and plans. Finally the new owners decided to build not only the initial 20 floors but 47.

This is when the fatal error happened – they forgot the lifts for the last 27 storeys. I wonder who will buy an apartment up there.