Typhoon UTOR / Labuyo out over the sea again 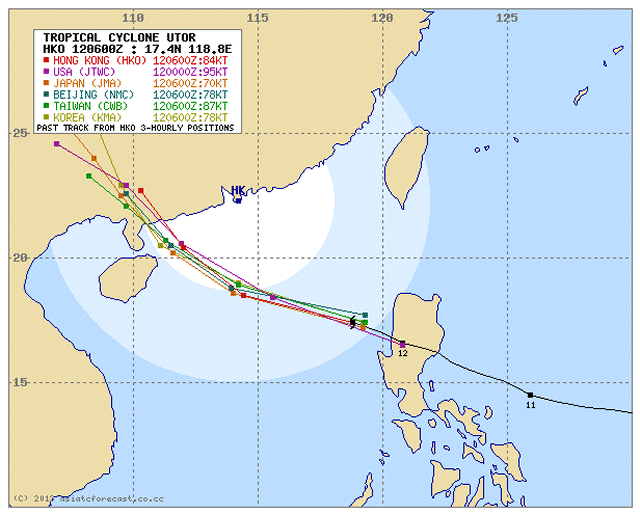 After having rapidly crossed Northern Luzon Typhoon UTOR / Labuyo is out over the sea since noon. The rainbands are still affecting La Union and Benguet.

A man died in a landslide in Benguet and 23 fishermen who were out at sea failed to return home in four towns in Catanduanes province. Let’s hope they found shelter before the storm hit their boats. Communication facilities and power supply are still interrupted. 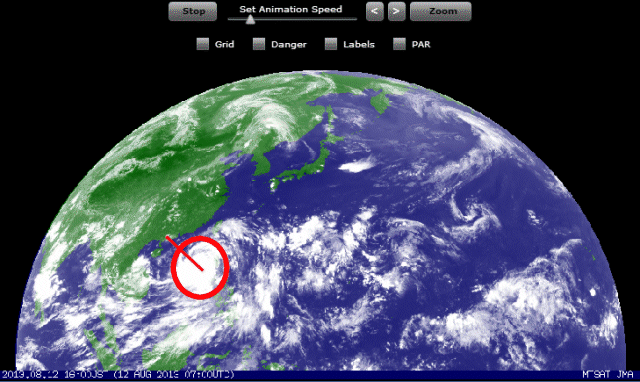 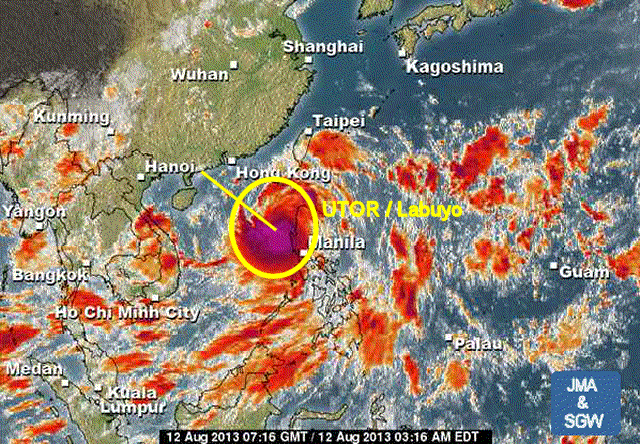 We close our reports about this typhoon for now, but still keep an eye on it.