Philippines Earthquake Review – In the first 6 months of 2019 we recorded 5065 earthquakes. The big majority, 4818, were weak vibrations with a magnitude of less than 3.0. But 5 quakes were really strong with magnitudes of 6 or greater.

The strongest one happened on April 23 around 1:37 p.m. off the eastern coast of Samar. Fortunately its focus laid deep in the crust at a depth of 61 kilometres.

We put the left side map because the right side heat map doesn’t clearly show the shape of the country. You may click on the maps to enlarge them. Better is to visit the interactive maps on this page.

Why we use heat maps 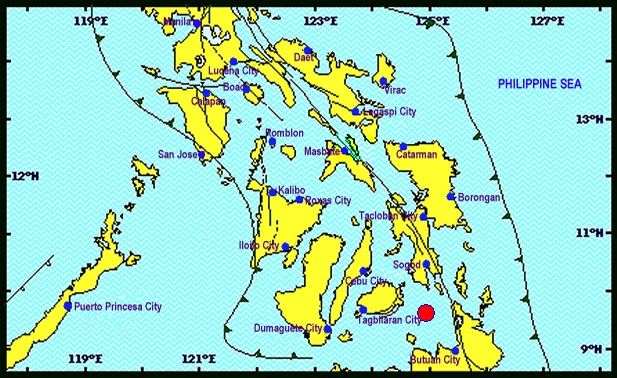 This map shows the focus of the quake from June 30 at 3:00 in the morning. This earthquake with a magnitude of 5.0 woke up many people on Camiguin island. It had been felt with an intensity III to IV. Friends reported that they felt horizontal movements during 20 seconds. Butch told me that she heard rumbling noises.
But this map is like a one time photo. A heat map represents the data in the form of a map in which data values are represented as colours. The data can also stretch over a longer time. We provide heat maps for every year since 2011. 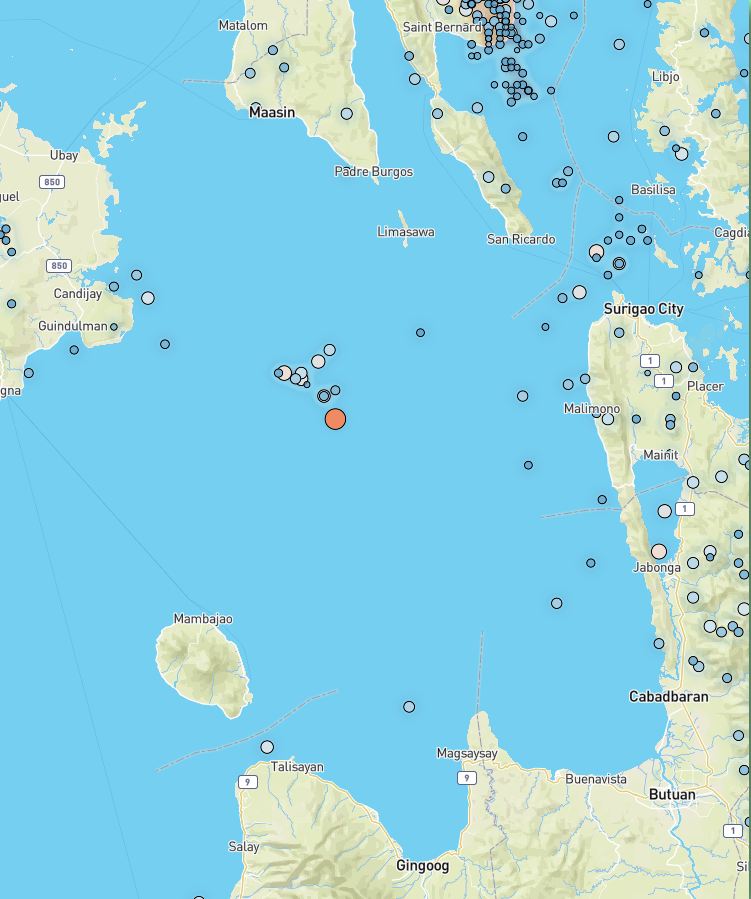 The red spot in the PHIVOLCS map now expands into a cluster of 12 events in the same place since January 1, 2019. The colour and the size of the circle indicate the magnitude of the earthquake.

The special case of Bohol

Bohol is a really restless place.  Although the island has no volcanoes, it is moving all the time. Only a small area southwest of Ubay is of volcanic origin. There is a scientific article available. But beware! If you do not have a degree in geology, you would get a severe headache.

Bohol is vertically moving up for now several million years. The well known Chocolate Hills once were built on the sea-floor. And when you think that the Bohol sea is partially more than 2000 metres deep, you can imagine the strength of this upward movement. 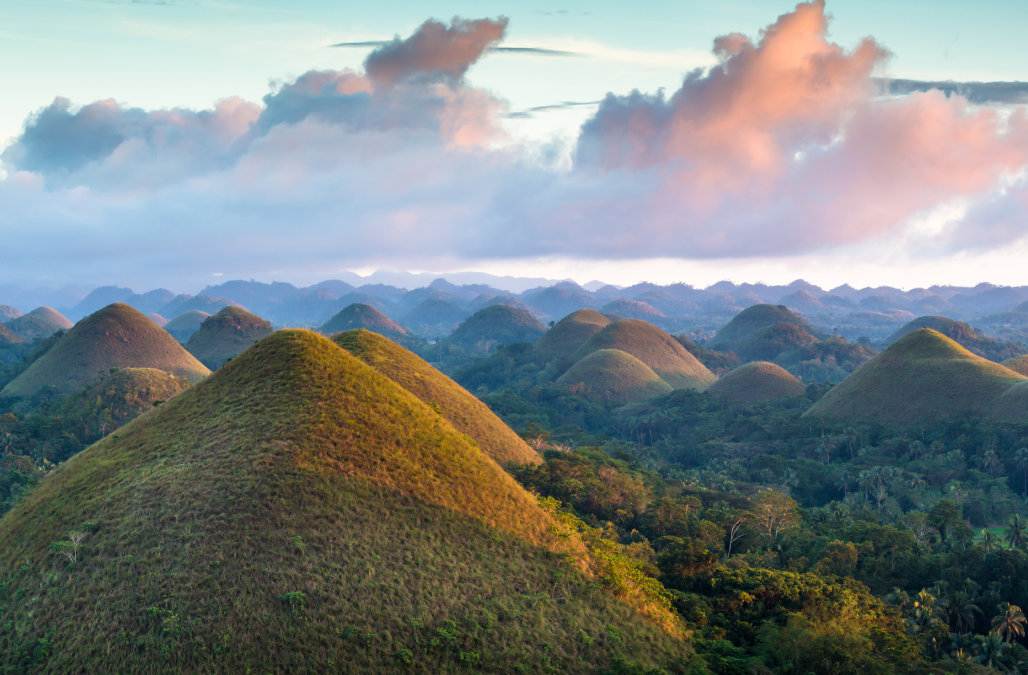 Unfortunately this movement is absolutely not smooth. It comes by shocks, commonly known as earthquakes. Just this morning on July 2, 2019 at 12:59 a.m. a magnitude 5.9 earthquake shook the underground of Bohol again. Its focus had been deep down at 559 kilometres. So nobody did feel it, but next move of Bohol island is to be expected.