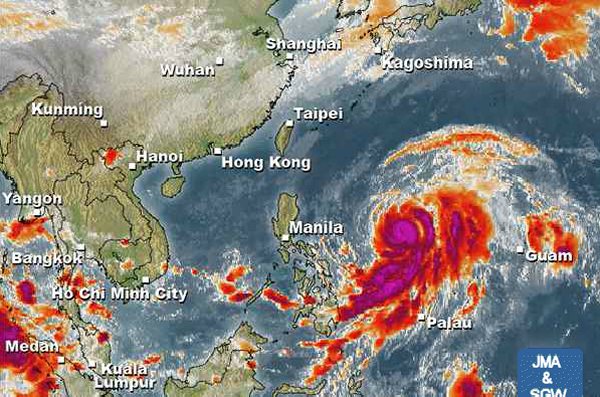 NURI/Paeng got typhoon strength early this morning. As a Typhoon Category 1 the directional forces aren’t yet built up. The storm center still moves on a zigzag course. Typhoon NURI/Paeng will gain further strength and become a Category 2 Typhoon today. 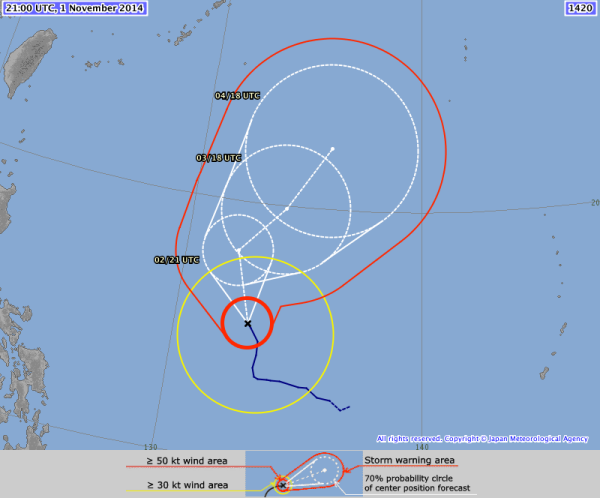