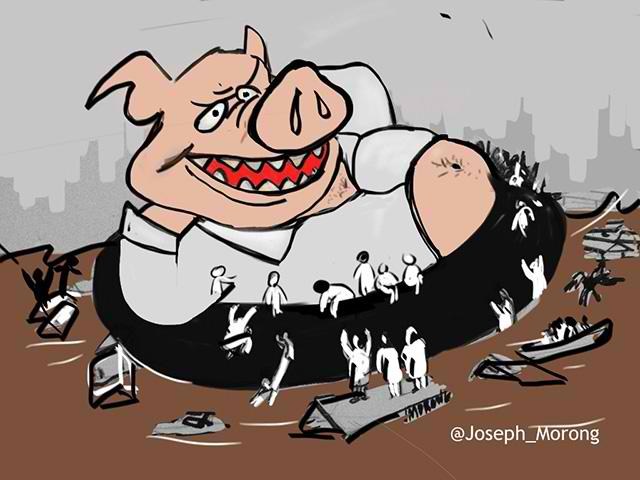 Silent Gardens does not comment politics but this cartoon of Joseph Morong says too much about the Philippines in these days.

In the midst of public anger over pork barrel abuses, Storm Maring arrives to wreak havoc. Instead of distracting irate citizens, the disaster only reminds many that all the stolen pork could have bought better emergency services and equipment, as many local governments have appeared, once again, woefully unprepared.

If you are not used to politics in the Philippines, I suggest to read
http://en.wikipedia.org/wiki/Pork_barrel

Millions of Pesos pass into private pockets instead of being invested into development projects. And yes, the millions come from the tax payers.