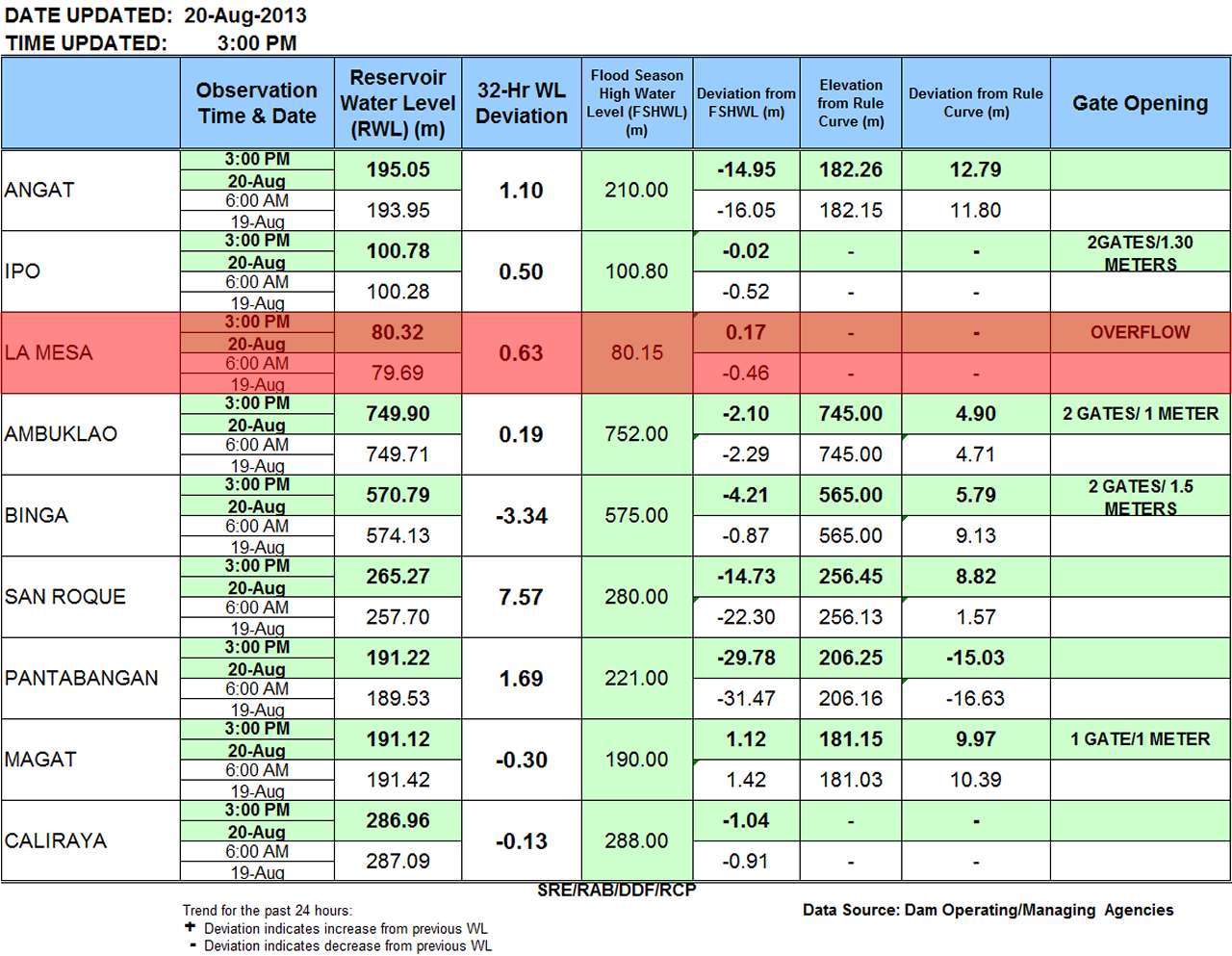 La Mesa dam in Quezon City is still overflowing. By 03:00 p.m. it had a water overhead of 17 centimeters (6.7 inches). 6 of 9 dams in Luzon still show increasing water levels.

The bad weather situation on the Visayan west coast and Central Luzon should slowly get better during the night from Wednesday to Thursday when storm TRAMI / Maring will move over northern Taiwan towards mainland China. 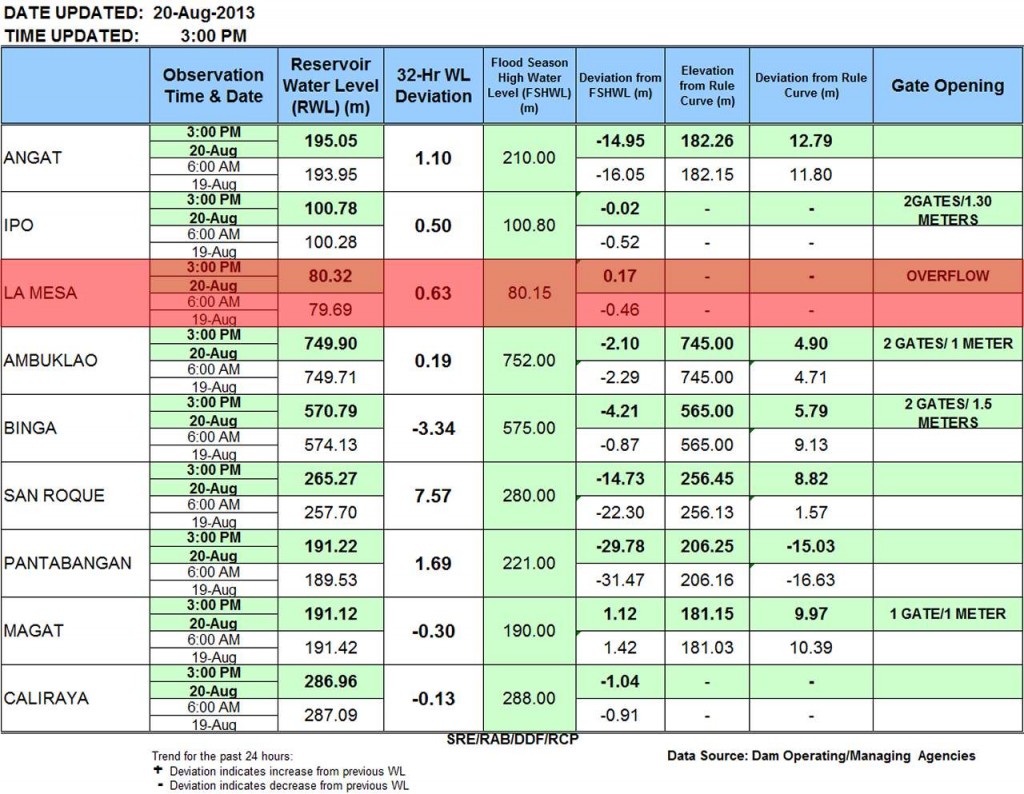 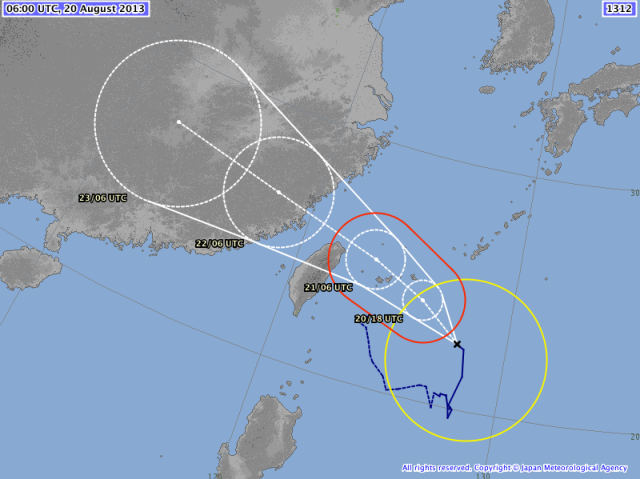