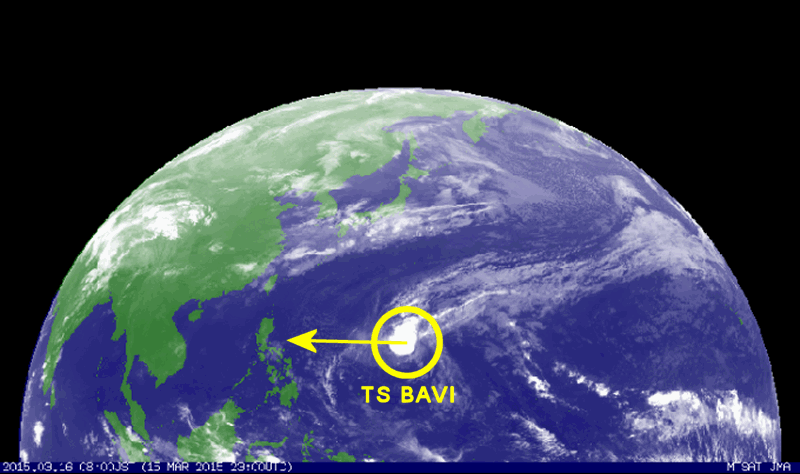 Tropical Storm BAVI is weakening. From today’s 994 hPa central pressure it will increase to 1000 hPa on Wednesday. The storm then might be downgraded to Tropical Depression. The depression might make landfall on Thursday. 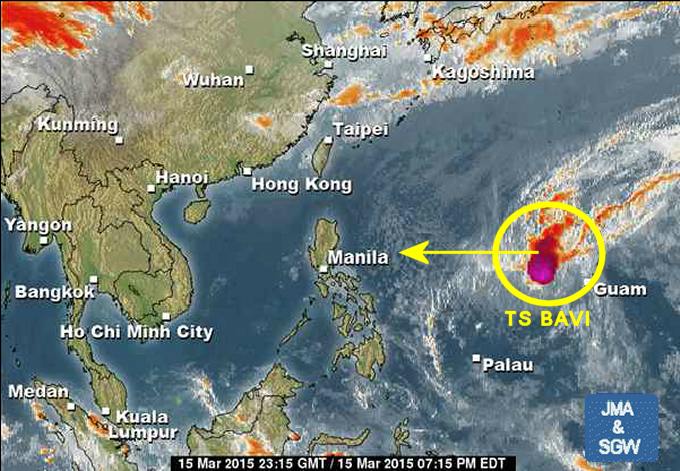 During the last 24 hours satellite observations made us even hope that the storm might turn northwards. Rather weak High Pressure Areas over southern China and Japan prevent this movement. The track forecasts of the different agencies are uniform. Only in the final approach to Luzon they spread from northern Bicol up to Aurora. 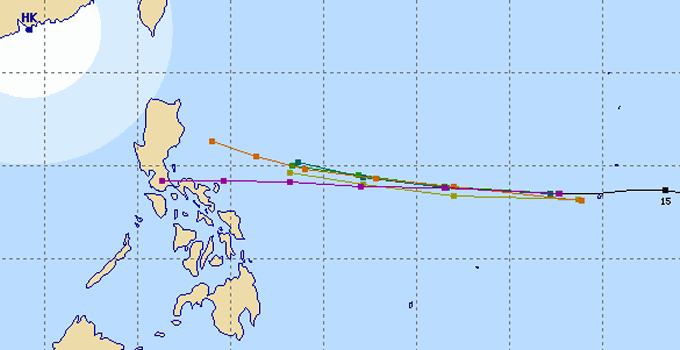 We keep an eye on this storm. Next update as soon as we get new data.