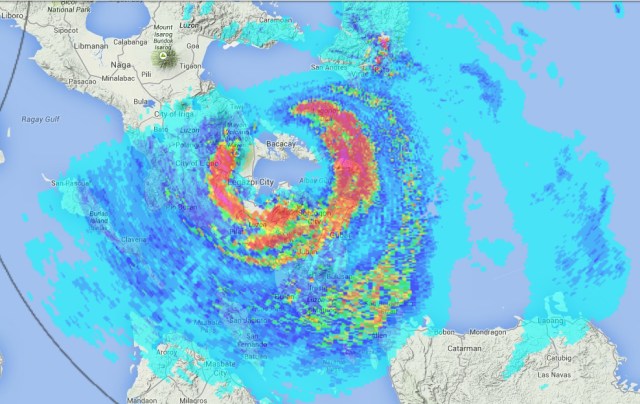 Typhoon RAMMASUN/Glenda is in the Gulf of Albay and shows a clear eye. The typhoon is now moving towards Legazpi City.

Landfall will happen within minutes between Legazpi City and Santo Domingo.