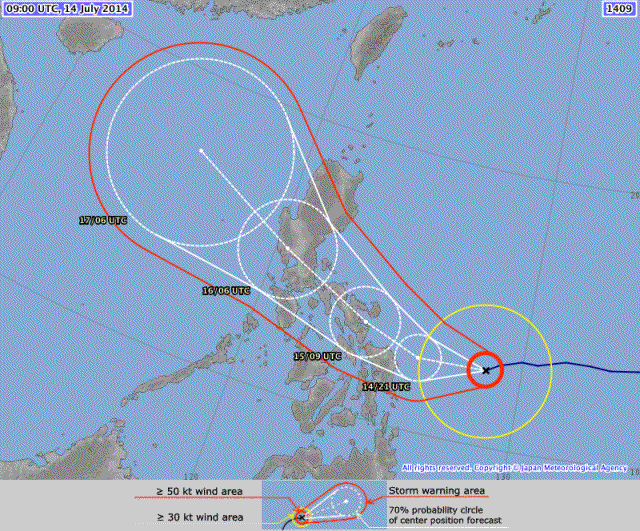 The typhoon will hit Catanduanes in a few hours and move over Caramoan towards Naga City. Our family in Naga City informed us, that they went to save houses far from the river. The roofs should be OK. It’s a Cat. 1 typhoon with a lot of rain but average wind speed. 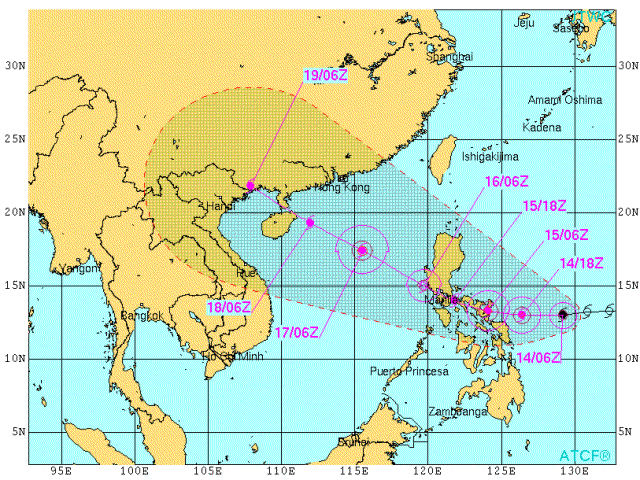 Tomorrow morning the typhoon will be more weak when it will be over Manila.