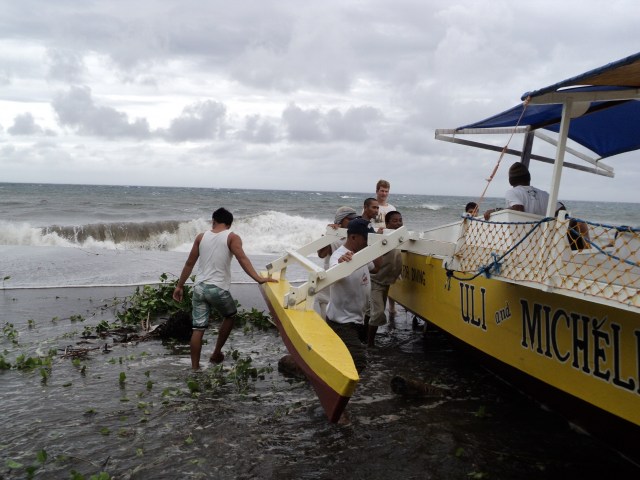 Typhoon RAMMASUN/Glenda amplifies Habagat monsoon in the southern islands. In Camiguin we have strong winds and high waves. The beach in Agoho is changing the shore line dramatically. 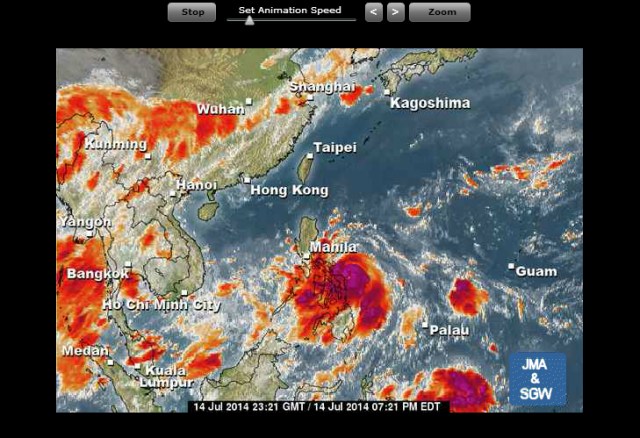 The general situation.  The center of Typhoon RAMMASUN/Glenda is now north-east of Samar. 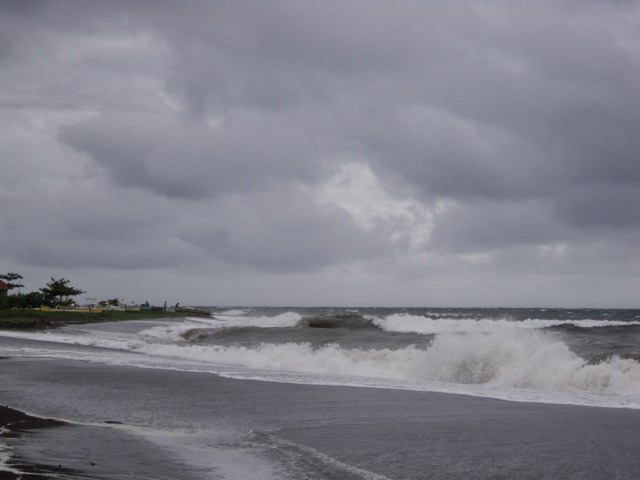 Agoho Beach at 10:15 this morning. High waves from west are moving thousands of tons of sand eastwards. Outside our lot the beach is growing wider at high speed.

But our neighbors to the left and the right are loosing their beach. The Camiguin Action Geckos just brought their two dive-boats to higher grounds on the beach. A tough job. 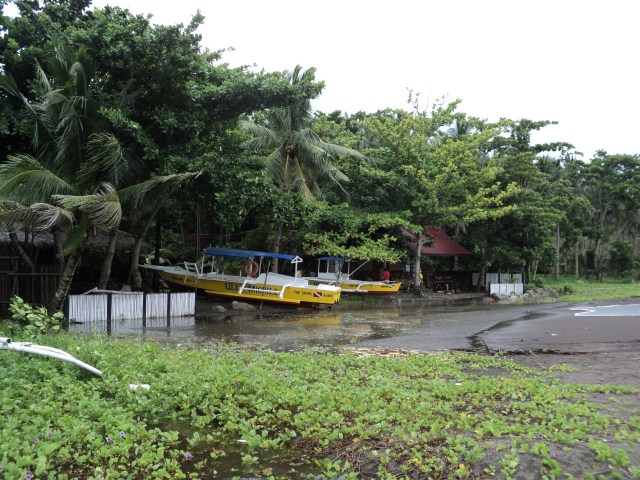 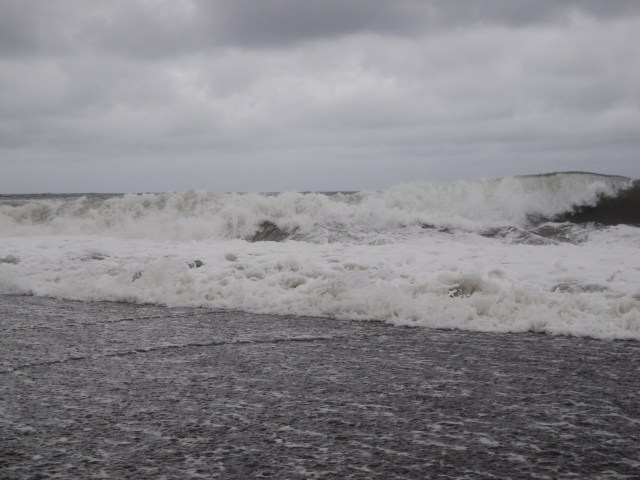 The storm and the high waves continue.