Supermarket chain Puregold Price Club Inc. has teamed up with Metropolitan Bank and Trust Co. to launch a credit card which will be available for sari-sari store owners.

A sari-sari store is a convenience store found in the Philippines. The word sari-sari is Tagalog meaning “variety”. Such stores form an important economic and social location in a Filipino community. It is present in almost all neighborhoods, sometimes even in every street. Most sari-sari stores are small privately owned shops and are operated inside the shopkeeper’s house. 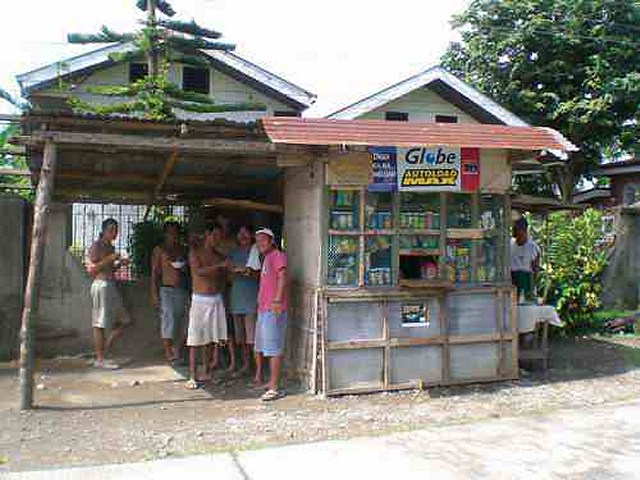 While many of the sari-sari store owners may be un-schooled in business, they are an integral part of the eco-system of society and contribute to the grassroots micro-economy. Unfortunately lots of sari-sari store projects vanish after a short time because their owners  do not understand the difference between revenue and benefit. The money earned during the day is spent in the evening. then, there is no money left for new supplies. In our estimation over 50% of all new sari-sari stores vanish within the first 9 months of their short existence.

Puregold informed that their new card is a a regular credit card sari-sari store owners can use everywhere and that Puregold is just giving them the opportunity to get their own credit card.
Sari-sari store owners’ applications for credit cards will still require the evaluation of their capacity to pay the bank. The  process is expected to be made easier as Puregold can provide the bank the credit history of applicants through the record of purchases that were made in their stores.

[Editor’s comment:] This business idea may help some sari-sari store owners, but it mainly promotes Puregold’s business. Sari-sari stores usually resupply in local super-markets, where they are registered customers and get a small discount. There are also mobile supply companies that bring the goods in small vans to the stores. I have seen store owners paying their bills in really hard cash: 760 pesos in 1 and 5 pesos coins.
With the credit cards there is a big risk that the store owners loose their control. If this happens, the bank will become owner of the shop and the family goes back to hunger and misery.
And yes, Puregold has to expand. Foreign companies like  Hong Kong’s “Wellcome” and Japan’s “Family Mart” start to dig in Puregold’s garden …