After the Typhoon – Help is organizing 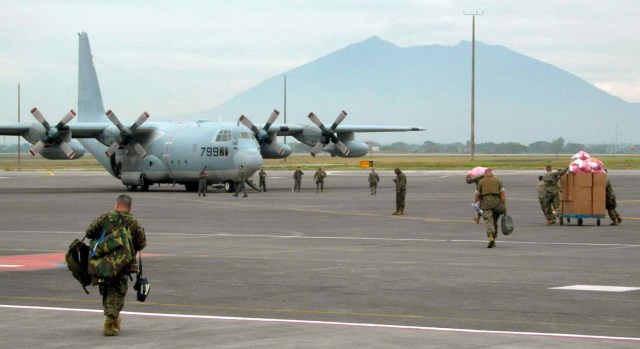 Help is coming from around the world. Thank you so much.

I am known not to be a fan of the USA. But the United States of America did and do the best job to help us here. This must have been said. Thanks to the acting US government.
The first KC-130 planes already brought relieve goods yesterday to Leyte. Now the USS George Washington is approaching Samar with food supplies, water and experienced staff.

One of the statues of the U.S. General Douglas MacArthur shrine in Tacloban City has fallen to the enemy that was ‘Yolanda’. I suggest to leave him in this position. Its position would show the continuous struggle of mankind for life and peace. 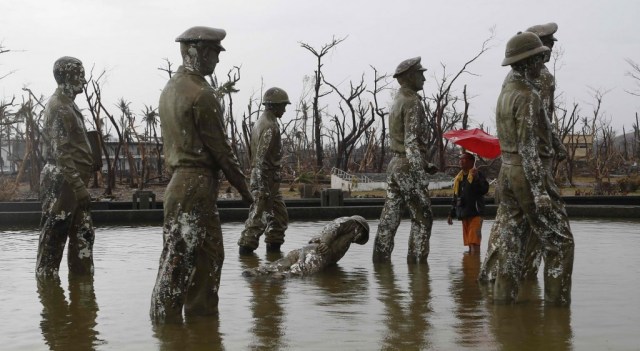 But what can you do in a country where such things happen? 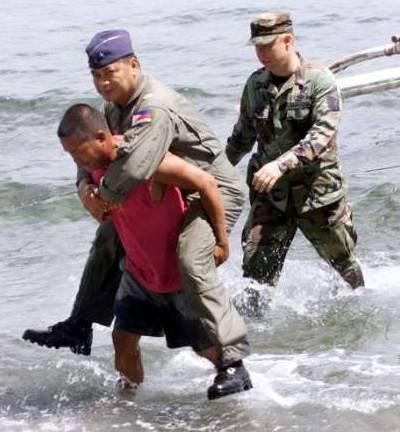 Not only that the “Iglesia ni Christo” refused shelter to threatened people but now high ranking Philippines officers want to be carried by starved folks.

Shame on them – so known Christians and so known Army to help.

Tags: After the Typhoon