Aviation decline in the Philippines continues 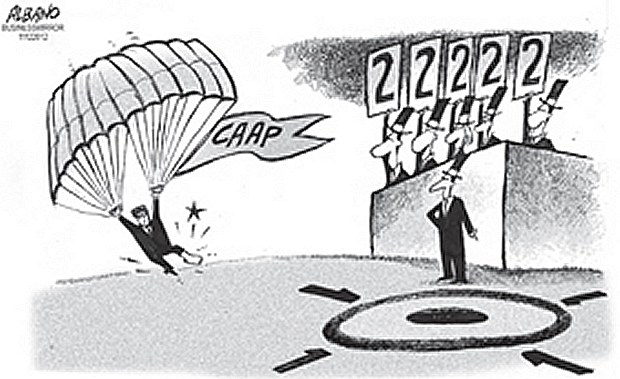 The Business Mirror wrote: Don’t look now, but if you’re an airline passenger who arrived from abroad last Thursday from morning until early the next day, you have to thank your lucky stars—along with the good weather and competent pilots—that you managed to land in one piece to the welcoming arms of your loved ones.

Why? According to our Ninoy Aquino International Airport reporter, the facility’s main navigational and landing aid, called VOR (very high frequency omnidirectional radio range), conked out at 10:40 a.m. on Thursday and was expected to be restored only by 8 a.m. the next day.

This is the third time the landing aid had gone off the air since last month, according to airport officials. However, no flights were diverted to Clark or Cebu since the weather remained clear and visibility was considered good enough to allow safe landing and takeoff without the VOR.

The latest outage couldn’t have come at a bad time: members of the International Civil Aviation Organization (ICAO) were in town to evaluate whether to restore the Category 1 status of the Civil Aviation Authority of the Philippines (CAAP).

Not surprisingly, CAAP flunked the review. But that had nothing to do with the VOR outage, airport officials said.

The Philippineairspace blog found: The Philippines largest carrier may be going to United States of America and Europe after all with or without the Philippine Civil Aviation Authority’s (CAAP) support or regulatory license when push comes to shove on Philippine Airlines (PAL) US$10 billion expansion plans.

San Miguel Corporation, one of Asia’s largest food conglomerate, is currently in talks with Cayman government to sell substantial share of the airline to a Philippine-based corporation valued at US$ 25 million.
Cayman Primier McKeeva Bush in a statement to the Legislative Assembly said Cayman Airways (CAL) had received investment proposal from San Miguel Corporation which owns Philippine Airlines (PAL).
“These explorations are very preliminary,” the premier stated, adding that while there may be “great speculation in the media as to what may ultimately be agreed,” nothing has yet been confirmed and talks were continuing between CAL and SMC.
However, a leaked document suggests the company to be looking for a substantial chunk of preferential shares with an agreed dividend starting at 3% in the first year rising to 5% in the third year of its investment. It would then be seeking an option to convert the shares to ordinary ones which could give the firm as much as 49% of the airline.