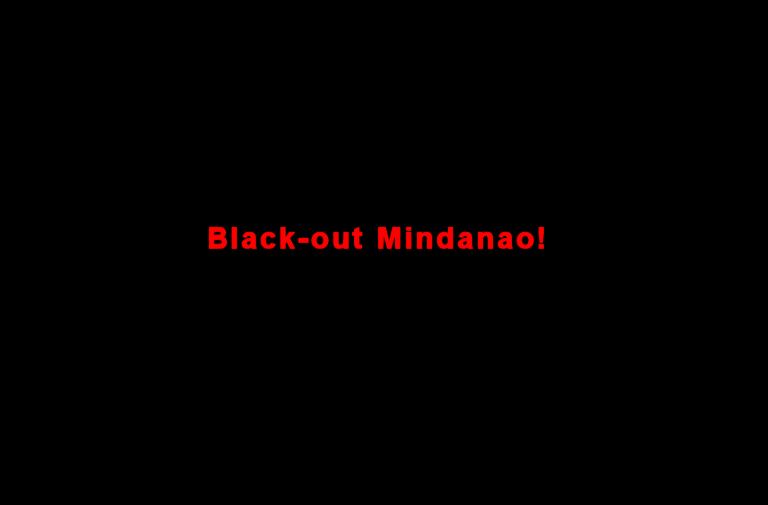 Black-out Mindanao. Last night all Mindanao had no power starting 1 a.m. on Easter Sunday. At this moment, NGCP is still trying to determine whether the blackout was due to technical failure, plant shutdowns, or toppled or bombed transformers.

In Cotabato City, the Cotabato Light and Power Co. likewise reported a blackout at 1 a.m. It said the power failure was due to the tripping of the NGCP 138-kilovolt Kibawa line. A power blackout was also reported in Zamboanga City at around 1 a.m. However, a rotational brownout due to low local power supply was already being implemented in the city even before Easter Sunday’s blackout. The Zamboanga City Electric Cooperative could not explain the cause of the blackout, as of posting. Cagayan de Oro, the whole Davao region, and Butuan City in Agusan del Norte also experienced the start of the blackout at around 1 a.m.

The members of the facebook group “Mindanao Expats & Explorers of the Philippines” reported this black-out from all parts of Mindanao.  For example: “Here in Iligan the same, heavy thunder and rain and a big flash then no power about 1:30am”. In some parts of Mindanao power came back around 6:30 in other parts the black-out lasted until 10:45.

The Power Problem in Mindanao

For years now, Mindanao does not produce enough electrical energy. For today the National Grid Corporation of the Philippines (NGCP) stated a zero-reserve status for Mindanao. 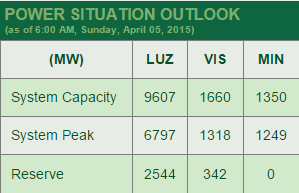 Last week’s power situation in Camiguin looked as this:

The power grid of Mindanao has only partial redundancy. Together with the permanent production shortage this causes island-wide power interruptions. 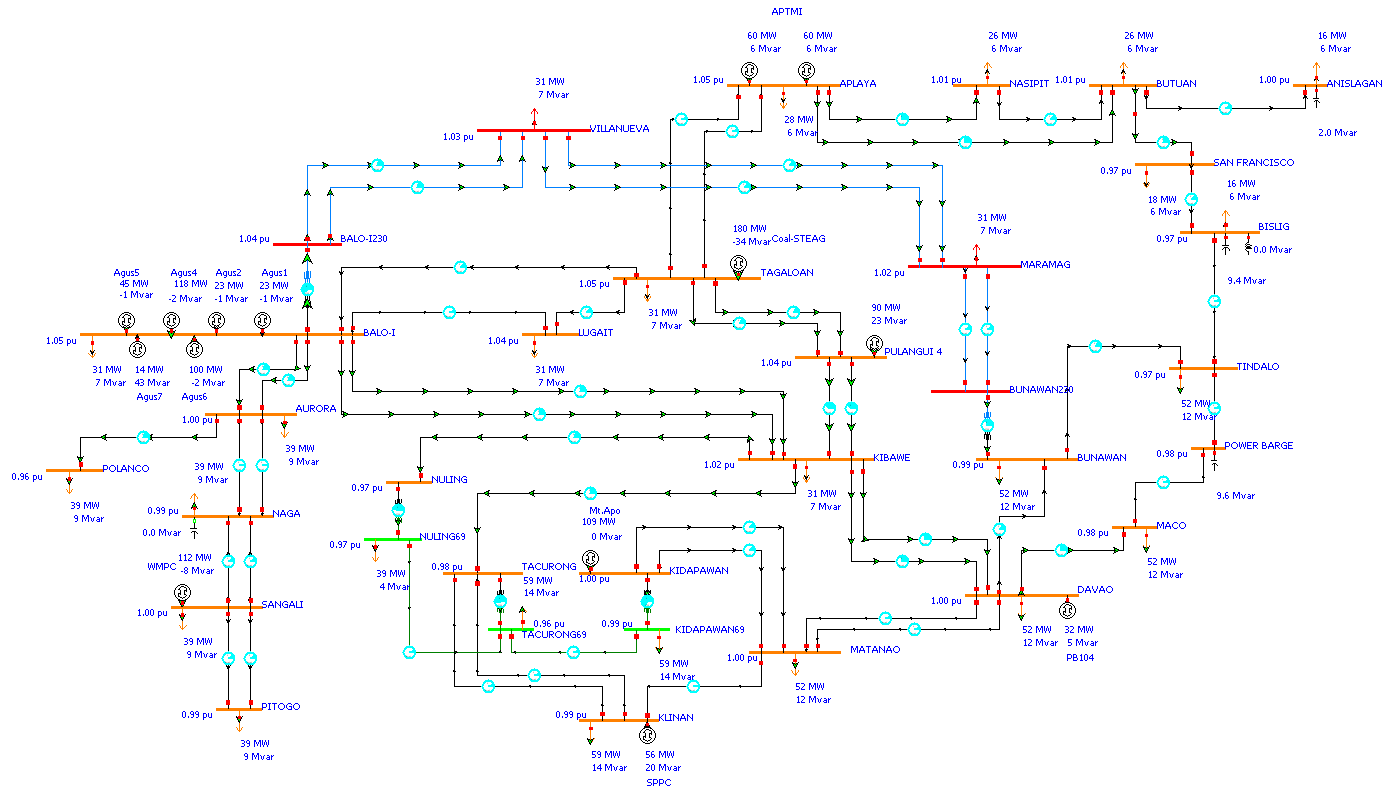