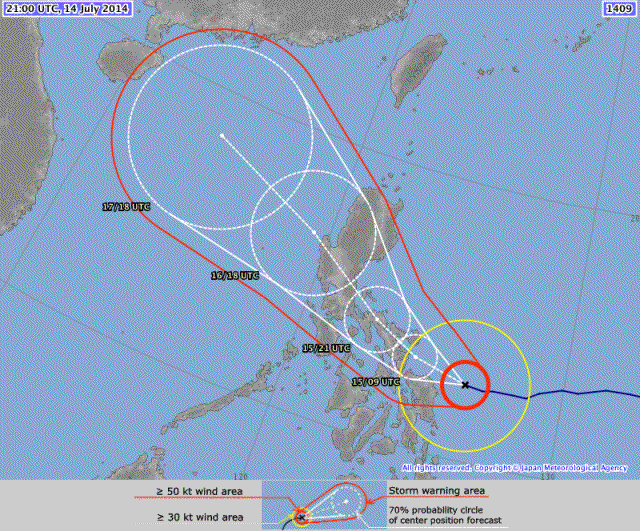 Typhoon RAMMASUN / Glenda update 08:00 on July 15, 2014. The typhoon got stronger last night but slowed down its forward movement to 20 km/h. It is still running straight westwards.

Forecasts expect that Typhoon RAMMASUN / Glenda will turn northwest and make landfall in the evening around 8 p.m. in Albay / Sorsogon region. Currently the storm is east of  northern Samar. 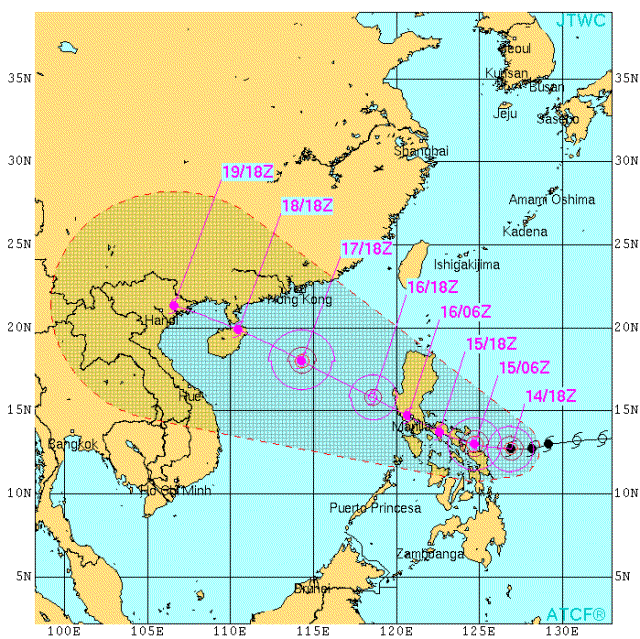