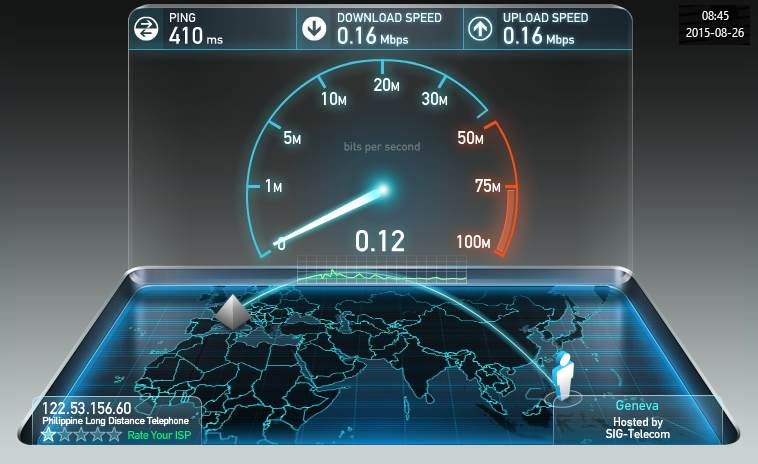 CAMTECO’s Internet – slow and expensive? No it is too slow and too expensive! After weeks of troubles with CAMTECO, we invested some more money and connected to SMARTbro.

We always measure the speed and latency with the same server in Geneva, Switzerland. This is where the “Silent Gardens Server” lives with hundreds of brothers in a data-center. 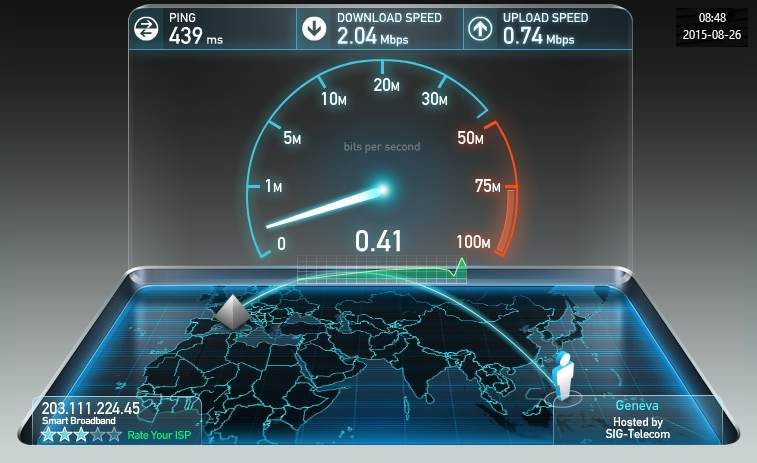 And you may also know that Camiguin has frequent brown-outs and black-outs. This morning voltage plunged several times below 200 Volts. Our Power-On-Delay devices cut power to protect our appliances, network and computers. With the SMARTbro “Pocket-WiFi” we still had access to Internet.  Even when the whole island is in the dark, we still have access. SMART has uninterruptible power supply (UPS) and generators. CAMTECO has nothing. And we have solar power.

Maybe we all should say good bye to CAMTECO. Service is the lacking word in their vocabulary.

Later a friend came, thanks Rob, and brought his G4/LTE pocket modem, also from SMARTbro. In his place uphill Mambajao, he has 4G speed, but no LTE. We checked what we can get in Agoho. 3G only. Sir.  😥  It would be nice to have LTE, but for now we are happy with our 3G/UMTS that gives us what we absolutely need and it is cheaper than the lousy landline.

Tomorrow we happily continue with our travel report from eastern Mindanao.