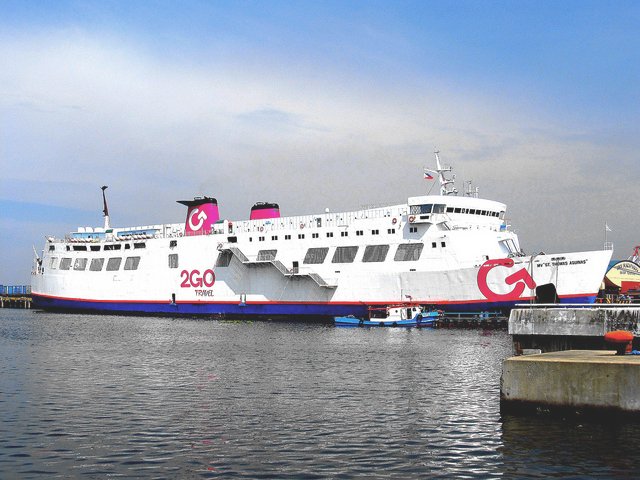 Steady but rather strong winds from south-east make recovery operations hazardous. The winds are due to an amplified Habagat this because of the double Tropical Depressions in the north of the Philippines.
See also here

I am absolutely no marine expert and therefore I won’t mess up with running investigations. But we often travel with ferries in the Visayas and collect impressions during our trips. I have to ask some questions

1. How can such a big ship be so vulnerable?

M/V St. Thomas Aquinas was a 455-foot (139 m) long roll-on/roll-off ferry capable of transporting both passengers and their vehicles. It weighed 11,000 tons and was commissioned in 1973.

The ship sunk within 15 minutes after having been hit by the cargo vessel.  When you look at the ferry, then you can imagine how difficult it is to get off the ship during dark night, during panic and increasingly inclining floors.

2. How is traffic guided in the Port of Cebu? 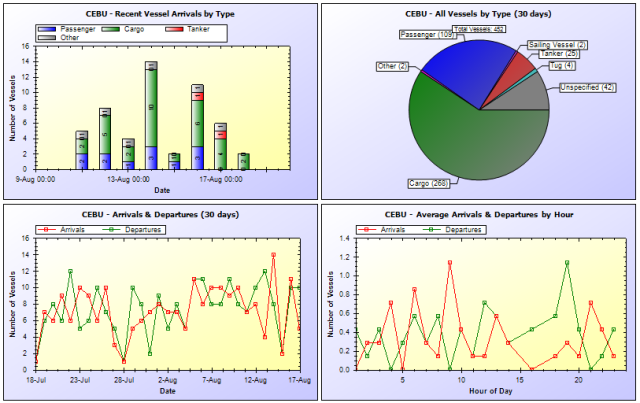 Above graphics show only vessels equipped with an AIS (Automatic Identification System). As from December 2004, the International Maritime Organization (IMO) requires all vessels over 299GT to carry an AIS transponder on board, which transmits their position, speed and course, among some other static information, such as vessel’s name, dimensions and voyage details.
But we are in the Philippines! I bet, a lot of ships don’t have the required equipment or the equipment is not working (either damaged or forgotten to put on). 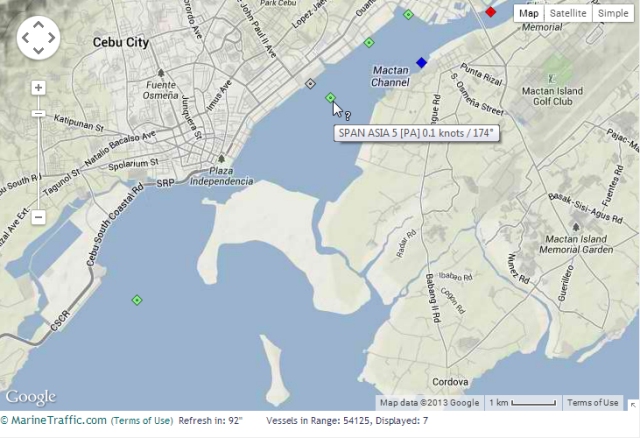 This animated and automatically updated map is available on our new website.

Especially the port entrances (west and east) seem difficult and narrow to me as a nautical nobody. Are there mandatory pilots? Are there pilots available? Or have captains and first officers to find the correct track themselves? 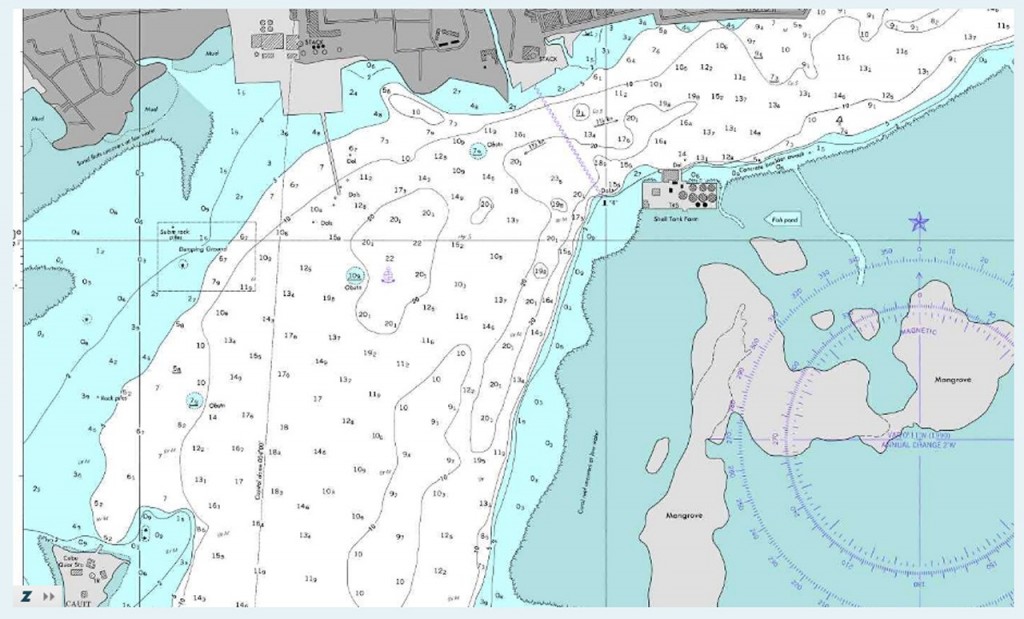 Click on the map to enlarge (Map courtesy of www.nauticalchartsonline.com)

3. How can the Philippines Government make marine traffic safer?

On the one hand the government invests millions (of USD, not PHP, of course) into advertisement for tourism in the Philippines. And on the other hand such an accident spreads in 5 minutes around our media planet and destroys all efforts.

I was reading BBC News on my smartphone Friday evening when the bad news did pop up at around 09:00 p.m. PST.

CAAP is winning confidence around the world by grounding an obsolete airline (Pest Air) and having the US and EU bans removed from another one (PAL). I think there maritime sister organization,  the Maritime Industry Authority (MARINA) must now act immediately and show there authority.