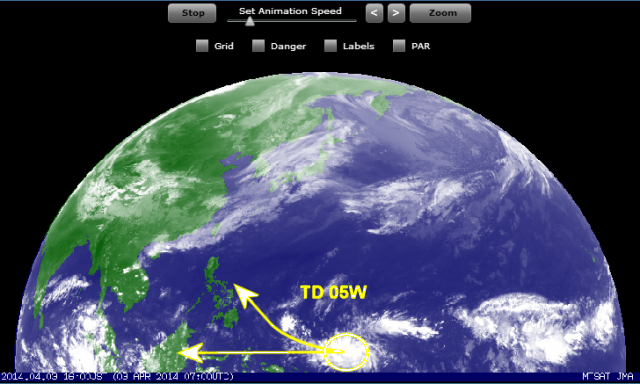 There is a Tropical Depression (TD 05W ) east of Palau moving westwards.

This tropical Depression is currently far in the south at about 2° north and moves at 11 km/h.
In the following days this TD might turn to north-west and then come to the Philippines.
Current winds are 45 km/h and gusts are up to 65 km/h.