Double Tropical Depressions in the North 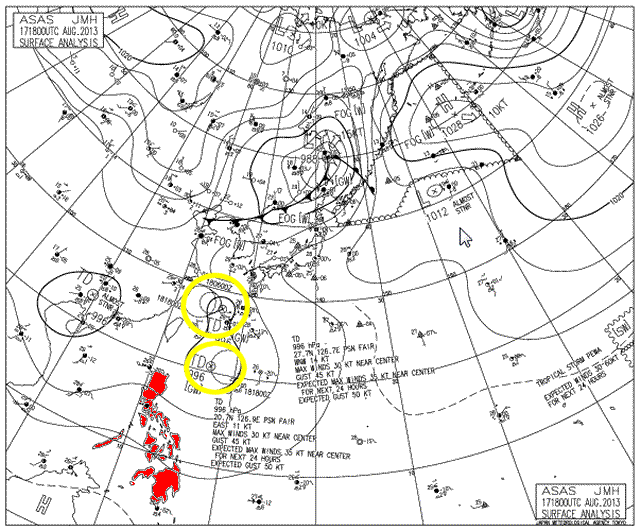 The two Tropical Depressions (TD12 / Maring and TD13) in the north of the Philippines enhance Habagat (South-West Monsoon). Steady to strong winds blow from south-west all over the Philippines.

The humid south-western airflow is clearly visible on the satellite picture below. 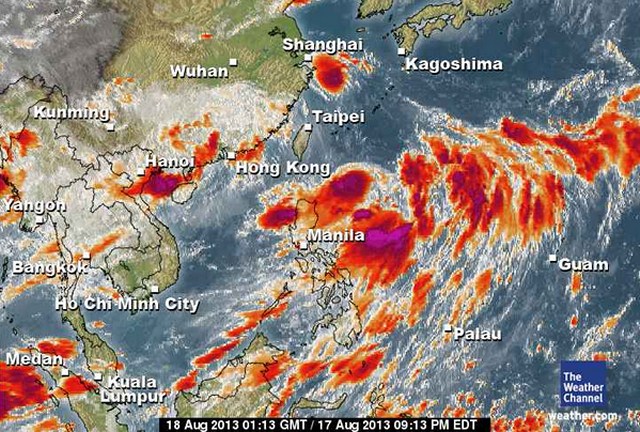 A Tropical Storm is far off in the east and should not influence weather in the Philippines at least during the next 5 days.