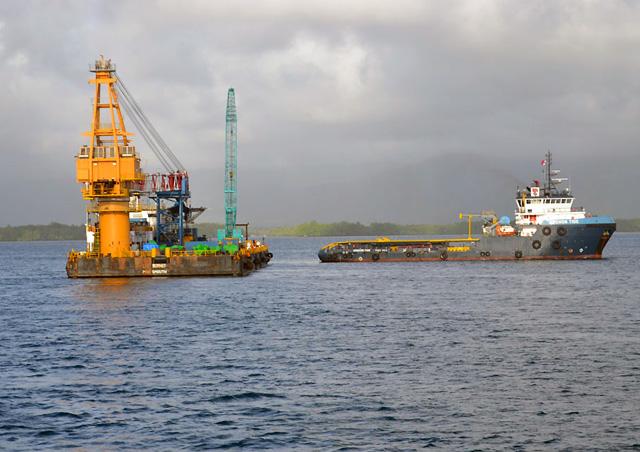 The crane ship SMIT Borneo from Singapore arrived Sunday off the coast of Palawan. This heavy engine is here to help extricate the USS Guardian from Tubbataha Reef.

The USS Guardian ran aground in the Sulu Sea after it got stuck on the World Heritage site on January 17. The US Navy minesweeper, with a crew of 80, had just completed a port call at Subic Bay when the accident occurred.

The stranded warship weighs 1,300 tons, according to the US Navy webpage. The SMIT Borneo is a  “Work pontoon” built in 1974. Its draught is 3.8 m.
More information is here