Grounded Chinese fishing vessel not only damaged corals but …

The grounded Chinese fishing vessel in the Tubbataha Reef not only damaged as many  corals as the US minesweeper, but had also a very precious but illegal cargo. 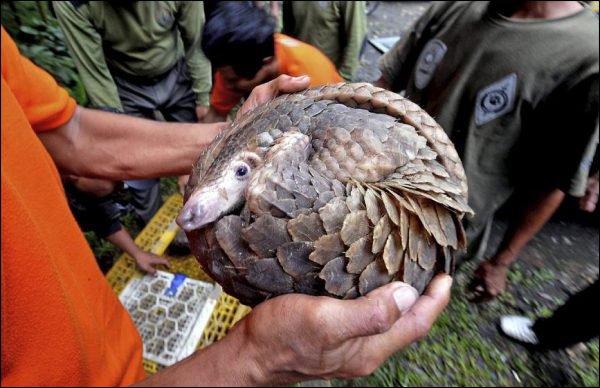 The Philippine Coast Guard informed yesterday that they had found hundreds of frozen scaly anteaters, or pangolins, in the cargo hold of a Chinese boat that ran aground in a protected marine sanctuary last week. Philippine Coast Guard found 400 boxes containing anteaters aboard the vessel, and is now determining where these came from.

All eight species of the insect-eating mammals are protected by international laws around the world. Two kinds of this animal species,  the Malaysian and Chinese pangolins, are in the “red list” of endangered species of the International Union of Conservation of Nature.

Pangolins are widely hunted in parts of Asia for their meat, skin and scales. In China, they are known as a delicacy and are purported to have medicinal qualities.