Do not visit “Intramuros” today 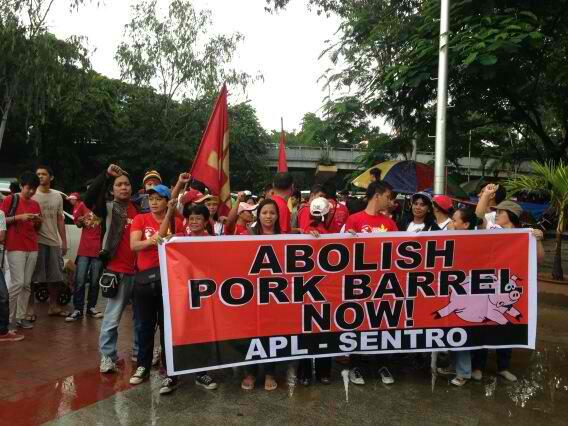 We strongly recommend not to visit “Intramuros” in Manila today.

Thousands, no ten thousands of people are going to the nearby Quirino Grandstand to protest against the government’s “Pork Barrel” policy. It is also the anniversary of the biggest ever seen demonstartion in Manila, the EDSA People Power Revolution of 1986.

At this moment the rally is still festive, with someones continuously chanting on the megaphones, “Ibasura pork barrel” [Trash the pork barrel].