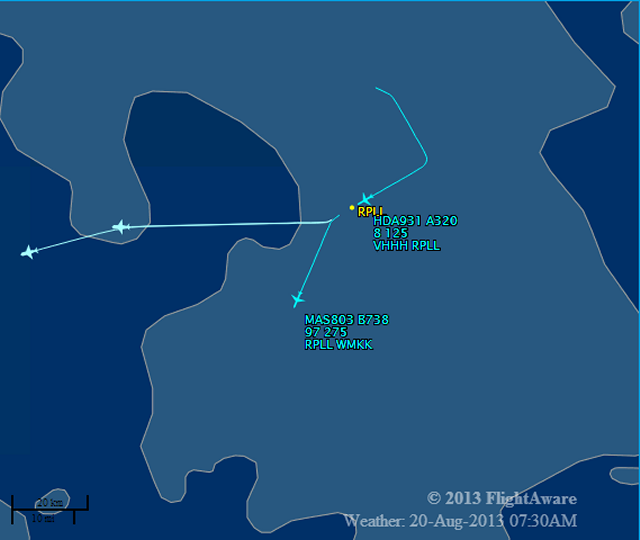 All foreign and domestic flights were put on hold on Tuesday evening, August 20, at the Ninoy Aquino International Airport (NAIA) since most roads going to the premier airport were rendered impassable by floods.The move is in consideration of passengers who might miss their scheduled flights at the country’s main airport.

Jose Honrado, manager of the Manila International Airport Authority (MIAA), said they are waiting for final announcements of airline companies on which flights will be cancelled for the rest of the day.

“All flights are on hold because the roads leading to the airport terminals are non-passable,” he said in a mix of Filipino and English. He clarified that international airlines can take off anytime because of their planes’ “all-weather” capability, but passengers are standed on the streets.

He said the ramps at the NAIA Terminal 4, where Tiger Airways (formerly Seair) operates, are also flooded, preventing some of its planes from taking off.

Honrado said the domestic ramps are too deep in flood waters to be in operations and might endanger the lives of workers and employees.

Honrado said that stranded passengers could be rebooked since they were caught in a force majeur situation.

“As far as the regulation or passenger bill of rights, dahil may force majeure naman, all they have to do is rebook the passengers,” he said.

“We cannot call the airline liable because this is not the airline’s fault. All they have to do is rebook the persons for later schedules then most importantly give ample time as to the status of the flights.”

Our new Flight Monitoring Tool shows that there are still flights coming in and going out:

The tool is here (still in beta test):
http://www.silent-gardens.com/ZZZ-flexible/flight-status.php

Philippine Airlines and Cebu Pacific waived rebooking fees for passengers who failed to take their flights due to bad weather today.

The airlines announced in advisories that passengers can rebook free of charge within 30 days from original flight dates.

Tiger Air said it would issue refunds to passengers affected by flight cancellations.