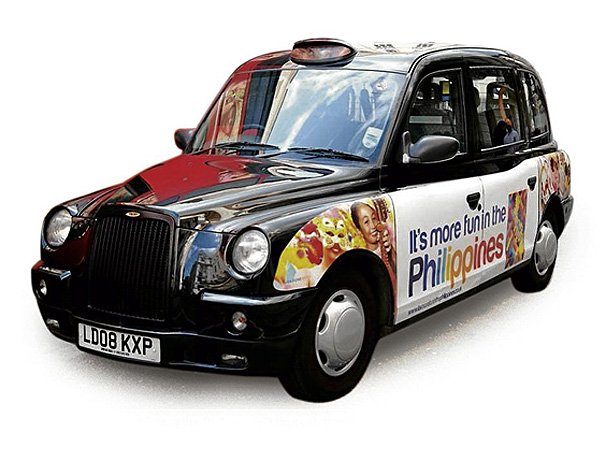 No, no, the British are not copying the Pinoy slogan but the DOT campaign “It’s more fun in the Philippines” has reached the City of London.

The tourism department’s new slogan, “It’s more fun in the Philippines” is going around the world.

On Tuesday, the government’s tourism campaign took to the streets of London with 50 black London taxis and 25 double-decker buses carrying banners of the new slogan.

According to the Department of Foreign Affairs (DFA), a motorcade around Central London was led by Philippine Ambassador to the United Kingdom Enrique Manalo and Philippine Tourism-London head Rosario Afuang, and included members of the press and the Filipino community. It made an unscheduled stop on Oxford Street—the busiest commercial district in the United Kingdom and in Europe—to give British shoppers an impromptu performance of Philippine songs and dances.

The UK campaign will remain in time for the millions of visitors from around the world attending the Queen’s Jubilee in June, the Olympic Games in July and the Paralympic Games in September.