Lanzones Festival 2016 – not the biggest but surely the sweetest festival

The Lanzones Festival 2016 in Camiguin will be celebrated from October 23 to 29. Book early, flights, ferries and beds will be crowded.

The Lanzones Festival is an annual thanksgiving celebration for Camiguin Island’s bountiful harvest. The town of Mambajao holds the feast during the third week of October, in time for the season of the tropical fruit lanzones. The province of Camiguin is known for having the sweetest lanzones among the abundant sources of the fruit along the north-central coast of Mindanao. The locals and tourists enjoy this weeklong celebration with a line-up of activities showcasing the richness culture in Camiguin like street dancing, grand lanzones parade, agri-cultural industry products exhibits, and beauty pageants. Aside from this, the people also await the annual barangay beautification contest, indigenous sports, and tableau of local culture within the week.

The legend of the Lanzones Festival

It is believed that the celebration started with the local legend about a childless couple who wished for a child from a lanzones tree fairy. The fairy granted them a healthy baby boy but the couple forgot to thank her. One day, a suspicious-looking woman approached their child while he was playing. The boy suddenly fell unconscious. His parents thought that it was the lanzones fairy who had enchanted the boy. The couple decided to perform a ritual to appease the fairy and, sure enough, the child became well again.

The following year, the couple invited the neighbouring barrio to participate in the thanksgiving ritual. From then on, the ritual became an annual festivity in Camiguin to recreate the ceremonies done by the ancient forefathers of the island to the gods that provide good weather and abundant harvest.

For travel information and accommodation see here: The Camiguin Explorer. We strongly recommend to book early and to stay at least 4 or 5 days. There is so much to see and to do.

The festival will be celebrated from Sunday October 23 to Saturday October 29. The official schedule has not yet been published. But they won’t re-invent the wheel. So we recommend to be on Camiguin island on Sunday October 23. Last year’s opening day festivities looked as this: 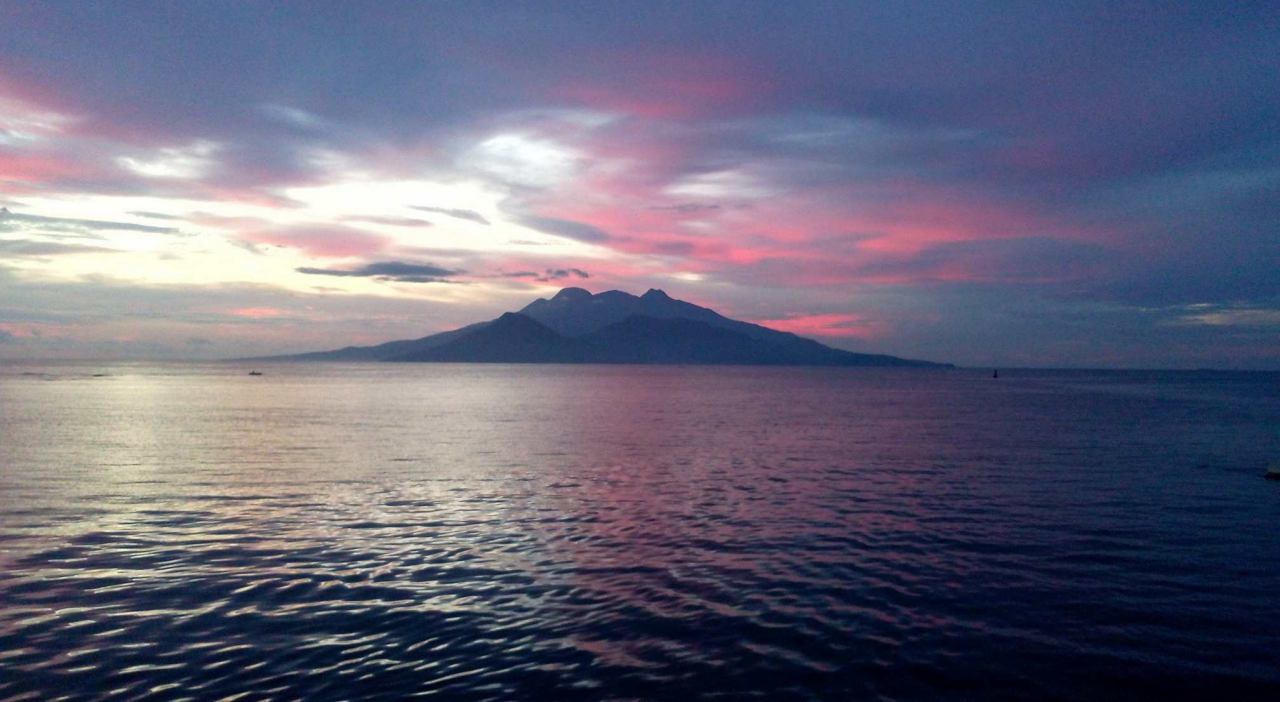 This is Camiguin! Seen from Balingoan and photographed by Ariel Balbutin. Salamat po amigo.