Mangroves – Camiguin shows you how to do

Mangroves protect Camiguin’s coast and provide us with clean air. One might accuse Camiguin’s government for the ongoing concrete madness and the diesel power plant, but coast protection is not just a word for them, it got real and it’s good.

Ten years ago Benoni had been a village built on stilts and some concrete. There had been 3 barrios one north and two south of the port. People were so friendly and tourists enjoyed to interact with them. Most of the time they dried their fish on the  concrete dam that protected their village.

Today it looks as this: 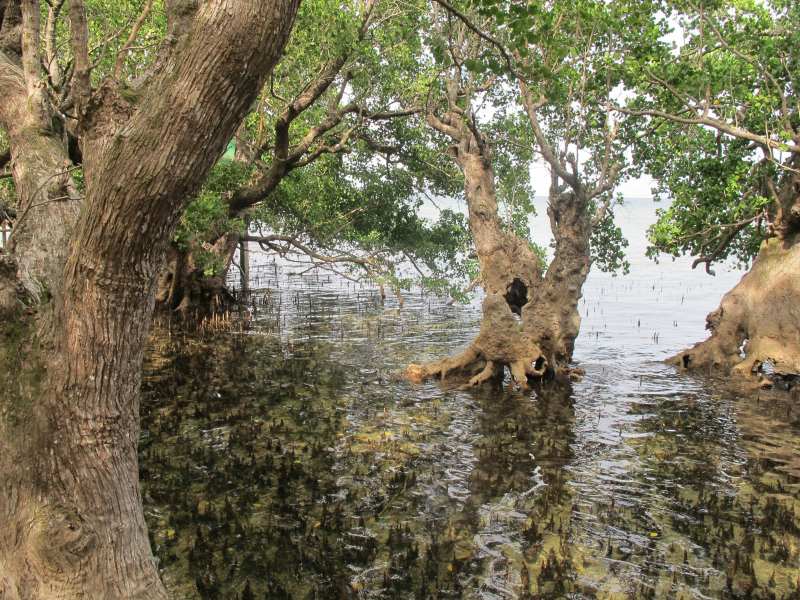 We recommend to go to Benoni and visit the Katunggan Park.
Our soul mate, Neil Yamit had published an interesting article about this parc. Read it here.

Visitors are required to pay an Environmental Fee of:

The last offer is the most interesting one. Rent the cottage in the Mangrove swamp for one night and experience nature as close as you can get. You should know that Camiguin goes to bed around 9 p.m. Afterwards you enjoy nature without any noise other than waves, croaking frogs and fiddling crickets. Fireflies like the Mangrove swamps. It’s not an adventure but it’s nature at it’s best. 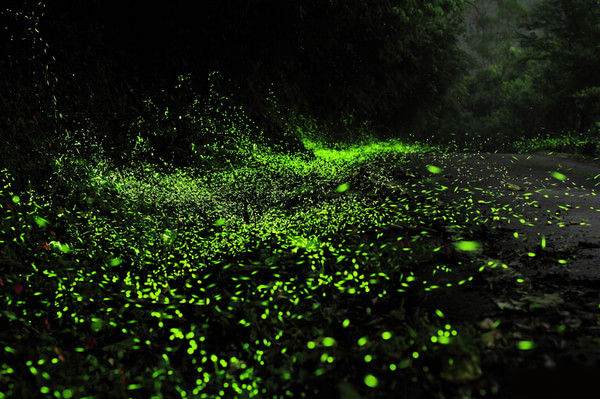 Such a show can only be seen during hot and humid nights. Be prepared to sweat. But some of the blinking bugs are always around your cottage on stilts.

Just some words about Mangroves. Mangroves are salt tolerant trees, also called halophytes, and are adapted to life in harsh coastal conditions. They contain a complex salt filtration system and complex root system to cope with salt water immersion and wave action. They are adapted to the low oxygen (anoxic) conditions of waterlogged mud. Here in Camiguin we have mostly  black Mangrove (Avicennia germinans).
Mangrove swamps protect coastal areas from erosion, storm surge (especially during typhoons), and tsunamis.[ The mangroves’ massive root systems are efficient at dissipating wave energy. Likewise, they slow down tidal water enough so its sediment is deposited as the tide comes in, leaving all except fine particles when the tide ebbs. In this way, mangroves build their own environments. Because of the uniqueness of mangrove ecosystems and the protection against erosion they provide, they are often the object of conservation programs, including national biodiversity action plans.