This  morning UBE Express released a new route map and new route information. The former Atrium route does not exist anymore. This might disturb customers of JAM Liner buses in Buendia. More disturbing are the big differences between the facebook graphics and the website maps and information.

Service hours are very different. While the Robinson route still has many stops at hotels, the Makati route has only one stop in the facebook version. We hope UBE will soon synchronize the information. Otherwise passengers are confused and swap back to taxis.

The Land Transportation Franchise and Regulatory Board on Monday announced suspension of the accreditation of ride-sharing company UBER for one month. The LTFRB also ordered the company to cease and desist operations of its online booking application, which allows users to book rides on their smartphones. The board said the order is effective immediately. 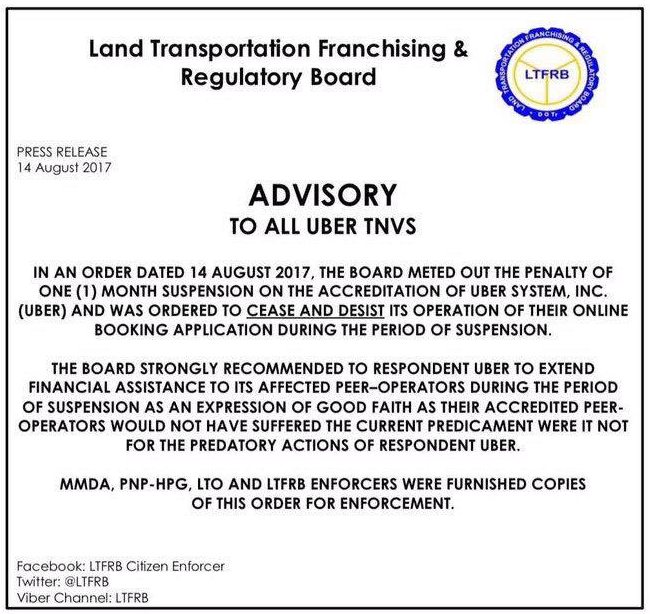 The LTFRB is hitting on all sides. Yesterday they suspended UBER for a month because UBER is still accepting new participating drivers and accredits new accounts. Here is the letter from LTFRB: 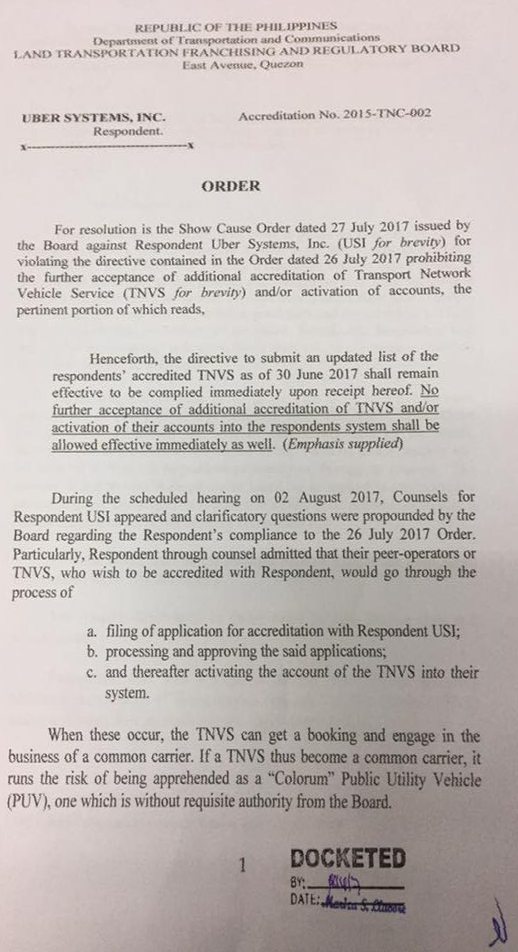 Today the Manila Bulletin wrote: The Land Transportation Franchising and Regulatory Board (LTFRB) has sought public assistance in imposing sanctions against taxi drivers who unlawfully refuse to convey passengers to their desired destinations.
Meanwhile, several taxi drivers said that they cannot be faulted for choosing their passengers or going to contractual practice accusing the government of its failure to protect their interests.

Some taxi drivers are usually asking for additional fare on top of what is displayed on the taxi meter saying they incur losses in ferrying their passengers to far-flung areas where there is heavy traffic. If a taxi driver gets stuck in traffic for an hour the meter would only earn him PHP 75 since waiting time is PHP 3.50 for every two minutes.
A driver usually earns from PHP 700 to 1,200 on 16 hours of work. Under the current situation he can barely earn PHP 1,000 for a whole day’s work.